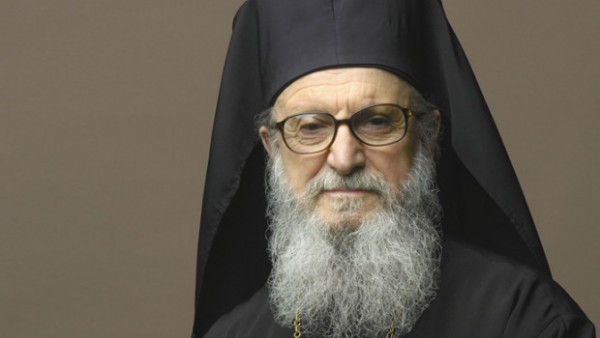 The Coptic Orthodox Christians were kidnapped in December and January from Libya and were held captive until their massacre.

In his letters to the hierarchs, Archbishop Demetrios states:”…With a heavy heart and deep sadness, I convey my sincere condolences for the unjust slaying of twenty-one Coptic Orthodox Christians in Libya.  The Greek Orthodox Archdiocese of America stands in solidarity with our Coptic Orthodox brothers and sisters, and we prayerfully beseech our Lord and Savior Jesus Christ to grant eternal rest to the souls of those who lost their lives…During this time of mourning, please accept the prayers and fraternal love of the hierarchs of the Assembly of Canonical Orthodox Bishops of the USA.”

As a sign of solidarity in word, action, and in prayer between the Greek Orthodox Archdiocese of America and the Coptic Orthodox Church of America, His Grace Bishop Sevastianos of Zela, Chief Secretary of the Holy Eparchial Synod, will represent Archbishop Demetrios of America at a special prayer service at the Holy Archangel Michael and Saint Mena Coptic Orthodox Church in Staten Island, NY.  The service is being held to honor the lives of the twenty-one innocent victims who lost their lives at the hands of ISIS militants in Libya.

The Greek Orthodox Archdiocese of America encourages the faithful to advance the effort to express solidarity in word, deed, and prayer with our Coptic Orthodox Christian brethren. The faithful are asked to help raise awareness among fellow citizens and elected officials of the plight of Christians and other vulnerable communities in the Middle East, and to offer prayers for those enduring such horrible acts of violence and persecution.

Most viewed articles
Hallowed Be Your Name: Some Grammar and A Reflection184
Who Is the Author of Confusion and Fear?157
Church Dating 1,600 Years Back Discovered in Turkey’s Priene Ancient City141
Patriarch Kirill: Teachers of the Basics of Orthodox Culture at Schools Have a Tremendous Task136
Chapel of Life-giving Spring and St. Nectarios under construction at Bucharest Oncology Centre95
Seven-day celebrations dedicated to the Saint who helped Bucharest during plague epidemic begin on Thursday62
Holy Intercession Church in Glen Cove, NY, Celebrates its 70th Anniversary62
How to Read the Bible46
Patriarch Kirill Encourages the Media to Report Proper and Adequate Information about the Church27
Since the Start of the Pandemic Moscow Priests Have Made Over 4,000 Visits to Patients with COVID-1916
Most popular authors
Pravmir.com team241
Archpriest Michael Gillis184
Aurelian Iftimiu157
Fr. Stephen Powley157
Dilan Pamuk141
Archpriest Lawrence Farley46