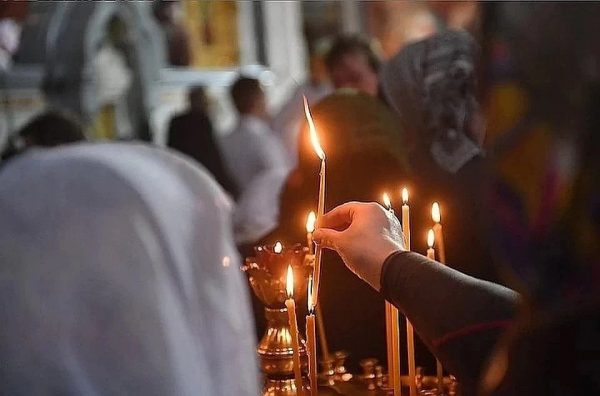 Jesus said to His disciples in His farewell address, “These things I have spoken to you, that you should not be made to stumble. They will put you out of the synagogues; yes, the time is coming that whoever kills you will think that he offers God service. And these things they will do to you because they have not known the Father nor Me. But these things I have told you, that when the time comes, you may remember that I told you of them. And these things I did not say to you at the beginning, because I was with you” (John 16:1-4).

Under the current circumstances in our pillaged countries where civil strife is constant, sectarian division is sharply increasing, and random, gratuitous killing is rampant… we, the friends of Jesus, return to the word of God in order to be inspired by it, that our behavior may conform to this word so that we do not fall into temptation, but rather remain faithful to the Gospel, the teachings of the Lord, and the witness of the Church. Across the ages, the history of the Church has been a history of martyrs who suffered bitter persecutions and stood firm in hope, faith and love. They did not abandon their convictions. They offered themselves up upon the altar of the Lord. We are called to imitate them, just as they imitated the Lord.

The Lord Christ prophesied to us that we would face many difficulties, tribulations and persecutions, so that even if we are beset with trials, they should not lessen our resolve and we should not submit to despair and frustration. He prophesied to us about all of this, so that we may have courage and take strength in the Lord “at all times.” In the days of the Apostles, the Jews persecuted those of their nation who embraced Christianity and expelled them from their synagogues, thinking that by expelling and killing the Christians, they were offering worship to God. The Holy Apostle Paul says of them, “I bear them witness that they have a zeal for God, but not according to knowledge” (Romans 10:2), as though he were saying to us today, “You will endure afflictions from your people, but you must accept them steadfastly. Do not hate them under the pretext of your zeal for your faith.” Saint Stephen, the first martyr, prayed for those who sentenced him to death: “Then he knelt down and cried out with a loud voice, ‘Lord, do not charge them with this sin.’ And when he had said this, he fell asleep” (Acts 7:59-60). Those who were zealous for the Law reckoned themselves to be offering worship to God when they went to kill those bearing the message of Jesus risen from the dead.

In this context, Saint Cyprian of Carthage (d. 258) says, “Let no one be surprised if we constantly meet with persecutions, for we are constantly put to the test by many hardships, especially since Christ prophecies about their occurring in the last days. The Lord trained us with His teaching and preaching, how to face these wars. The Apostle Paul also taught us that persecutions would happen in order to test us. So we must look to the example of the righteous ones who came before us and hold fast to the love of God in death and suffering. Christ’s name will be blasphemed against, but Christ will be glorified in us.”

Building on Jesus’ words to His disciples, “In the world you will have tribulation; but be of good cheer, I have overcome the world” (John 16:33), Saint Maximus the Confessor (d. 662) warns his audience not to fall into the trap of fear and says, “If we want to be called by the name of God, let us struggle not to betray the Word like Judas, in the passions and let us not deny Him like Peter. Denying the Word is refusing to do good as a result of fear. Our betraying Him is a deliberate sin and an impulse toward sin.” Maximus closes by stating, “Glory is the elimination of every sin.”

“Behold, I send you out as sheep in the midst of wolves. Therefore be wise as serpents and harmless as doves. But beware of men, for they will deliver you up to councils and scourge you in their synagogues. You will be brought before governors and kings for My sake, as a testimony to them and to the Gentiles. But when they deliver you up, do not worry about how or what you should speak. For it will be given to you in that hour what you should speak” (Matthew 10:16-19). Jesus did not speak these words with the Holy Apostles only, but also with us, the children of this generation, as well, so that we may not sorrow, fear, or despair because our consolation lies in our faith that “the day of the Lord is near.” Come, Lord Jesus.