Source: The Christian Post
Stoyan Zaimov | 06 July 2017
"Bible Answer Man" Hank Hanegraaff says watching pastors who act more like entrepreneurs focused on branding is part of the reason why he decided to leave evangelicalism and join an Eastern Orthodox Church. 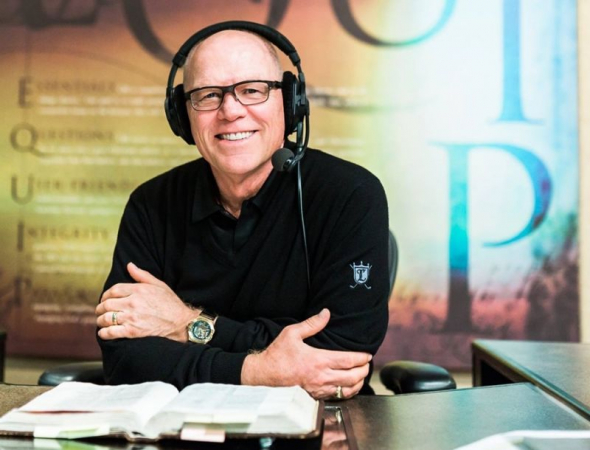 Hanegraaff told NPR’s Charlotte affiliate WFAE in an interview broadcast Wednesday that people jumped to the wrong conclusions following his decision to join the St. Nektarios Greek Orthodox Church in south Charlotte back in April, with some even suggesting that he had “walked away from the Christian faith.”

The Christian Research Institute president said that is not the case at all, and took the opportunity to speak about the type of “pastor-preneur” church leadership that he says made him uncomfortable.

“Where the pastor is like an entrepreneur, branding, formulaically getting people into seats — that became troubling to me and I decided I was going to explore,” he said.

The Winston-Salem-based Truth Network and Bott Radio Network both pulled his radio broadcast from their stations following his conversion, as the controversy unfolded.

“We want to make sure that our listeners know that the programming that we have on Bott Radio Network is thoroughly biblical,” said BRN President Richard P. Bott II back in April.

Michael Carbone, CEO for Truth Network, similarly explained: “We have a specific point of view that we represent, and we try to make that as close to a biblical worldview — a literal interpretation of the Bible.”

Hanegraaff revealed that what attracted him to the Eastern Orthodox tradition are its teachings on the Eucharist, or, Communion and union with God, along with “spiritual gymnasium” where repetition, liturgy, and ascetic practices like fasting are emphasized.

The “Bible Answer Man” insisted that for the most part, his theological beliefs have not changed. “So, I stand shoulder-to-shoulder with evangelicals, with Roman Catholics, with Orthodoxy around the essentials of the Christian faith — meaning the main and plain things,” he said.

Hanegraaff, who is undergoing chemotherapy after finding out in May that he has a rare form of cancer called mantle cell lymphoma, said he’s not too concerned about the radio stations that’ve dropped his broadcast.

“I’ve seen over the years that God closes one door and He opens other doors. For example, we’re now on the Orthodox Christian Network. For me this is not a popularity contest or the size of the platform; it is simply doing what God leads me to do. Let the chips fall where they may.”

Cindee Martin Morgan, daughter of Walter Martin, who in 1960 founded CRI as a conservative Protestant counterculture apologetics ministry, pushed back against Hanegraaff’s critics in a statement to The Christian Post in May.

“Given the fact that the Eastern Orthodox Church is very similar in ways to the Catholic Church — and holds to the essential Core doctrine of Christianity — I believe Dr. Martin would view this Church the same way,” Morgan told CP.

“He would never declare that someone had ‘left the faith,’ in either of these churches, if the person professed faith in Jesus Christ demonstrated by the fruit of their life.”

Morgan also suggested that instead of people jumping to conclusions, they should be “praying, speaking the truth in love/with humility and openly acknowledging that by the grace and mercy of God do any of us have access to Salvation.”