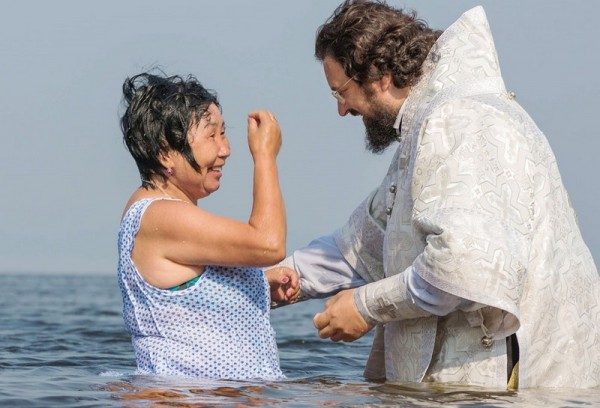 QUESTION: Why do I have to undergo Baptism? Does it matter to God whether I am baptized or not?

Actually, God does not forcibly drag anyone into the Kingdom of Heaven, but anyone who heeds God and obeys His Commandments, is accepted: “…he that feareth Him and worketh righteousness, is accepted with Him….” (Acts 10: 35).

The question posed is answered unequivocally in Sacred Scripture: “He that believeth and is baptized shall be saved.” (Mark 16: 16). This means that is not enough to be a believer “in spirit”; you must also be a believer “in body.” Let us call to mind other words spoken by Christ: “Except a man be born of water and of the Spirit, he cannot enter into the Kingdom of God.” (John 3: 5). And if a person’s primary task is to achieve everlasting life with God and in His Kingdom, those words cited demonstrate clearly enough that, unfortunately, in the absence of Baptism, that goal is unattainable. It is interesting to note that with such a great variety of Christian denominations with a multitude of differences in their life and teachings, all unanimously recognize that Baptism is an essential requirement; if a given sect rejects Baptism as a requirement for all of its adherents, that sect is simply not considered to be Christian. After all, how can one be a Christian without obeying one of the most important of Christ’s commandments? After His Resurrection, when sending his Apostles out to preach, our Lord Jesus Christ commanded them not only to teach the people, but also to baptize them: “Go ye therefore, and teach all nations, baptizing them in the name of the Father, and of the Son, and of the Holy Spirit…” (Matthew 28: 19). Such is the Savior’s direction, and if we want to call ourselves Christians, we must obey it. After all, it was the Antiochians, baptized and gathered together by the Apostles into a – 12 – community, who first began to call themselves Christians (Acts 11: 26). Thus, throughout history and to this day, there have never been unbaptized Christians, Christians who were believers in spirit alone.

We will answer concisely, without going into Theological nuances. Christ is True God and True Man. He took on our human nature, lived on earth, taught people, suffered on the Cross, died, was Resurrected, and Ascended with his human nature to God the Father. He demonstrated the only path by which man can come to God. And anyone who wants to be saved must die and be resurrected with Christ, in order to reign with Him in Heaven. This sharing in Christ’s death and Resurrection happens during Baptism. The Apostle Paul clearly spoke about this in his Epistle to the Colossians: “Buried with Him in Baptism, wherein also ye are risen with Him through the the faith of the operation of God, Who hath raised Him from the dead, and you, being dead in your sins… hath He quickened together with Him, having forgiven you all trespasses…” (Colossians 2:12- 13). And there is no other means to reconciling oneself with God and being rid of the burden of the sins one has committed.

To repeat: God does not compel anyone to do anything. Thus, to undergo Baptism is a personal choice. It is a visible evidence that one has chosen Christ, has believed on Christ, and more specifically, that he has entursted himself to Christ and has agreed to follow after Him to the end of his life. 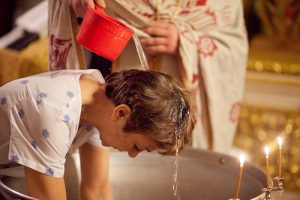