Bible the Only Item Surviving Blaze in US House Fire – Reports

Source: Sputnik
An Alabama veteran has told Fox 10 that he lost everything in the blaze except for God’s book he got from his grandfather. Like the Biblical Job, Scot Byrd has been hit by a number of blows, including his daughter being diagnosed with leukemia.
Pravmir.com team | 07 February 2019 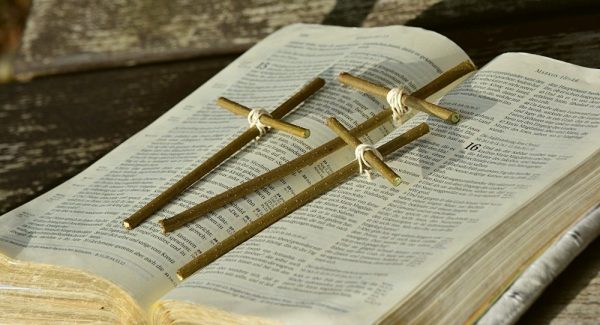 A homeowner from Baldwin County, Scot Byrd, has branded the miraculous recovery of his grandfather’s Bible from a house fire a sign from God. In January, a Christmas tree blaze reportedly destroyed his home of 20 years but left the Holy Scripture intact, Fox 10 reports, citing Byrd.

“The fireman actually came out [of the home] with tears in his eyes and he said you’re not going to believe this you’ve gotta come see it for yourself. This Bible did not have one scorch mark on it”, the man recalls.

The miracle bolstered his family’s courage amid a spate of blows that had hit the veteran, whose daughter Shelby was diagnosed with a rare form of leukemia in 2014, but beat it.

Apart from this sign, Byrd has received help from local community organisations and businesses that provided him and his daughters, living in a temporary home, with clothes, school supplies and even covering the cost of their other material needs. A fundraising page has even been set up on Facebook to help the Alabama veteran get back on his feet.

“We don’t give up. We’ve had an outpouring from the community, if I went to name everyone [who’s helped] by name I would be here for two hours”, he told the broadcaster.