Source: Diocese of the Midwest
The Right Reverend Paul Bishop of Chicago and the Midwest | 28 June 2015
CHICAGO, IL [MW Diocese Communications] — His Grace, Bishop Paul, issued the following statement, dated June 26, 2015, in response to the US Supreme Court’s decision with regard to same-sex marriage. 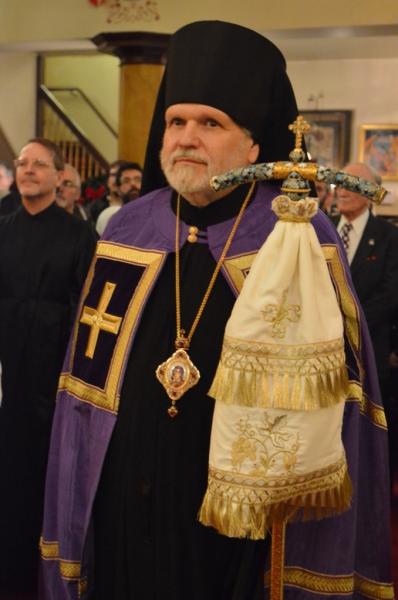 The statement is available in PDF format here.

The text reads as follows.

“As many of you are aware, on Friday, June 26, 2015, the Supreme Court of the United States of America, issued a 5-4 decision to overturn all bans of same-sex marriage by states and affirmed this union as being a constitutional right.  In effect, the court has ruled that same-sex marriages can be legally performed by all states in our country.

“As your bishop — and from the perspective of the Church — nothing has changed.  Even though same-sex marriage is ‘legal,’ no blessings will be given to any priests to conduct same sex-marriages in our parishes.  Those who are in same-sex marriages conducted by their respective states, who are unrepentant, will not be communed.

“There is much more I would like to say on this issue, but it seemed good to at least release this brief statement at this time.  Meanwhile, I urge our Midwest Diocesan clergy to read and/or distribute the Synodal Affirmation and Assembly Statement in their parishes.”

Most viewed articles
The Authenticity of the Vision of Christ in the Life of Saint Silouan112
Epistle of the Council of Bishops of the Russian Orthodox Church Outside of Russia91
“A New Creation” Through the Cross of the New Adam58
Living with Cunning People37
“The models par excellence are the great hesychast saints,” says Romanian Orthodox Bishop of Oradea33
The work of the Church in society is quiet, but full of hope and love, says the Director of Lumina Publications21
Most popular authors
Archimandrite Zacharias Zacharou112
Pravmir.com team91
Priest Philip LeMasters58
Ștefana Totorcea54
Fr. Andreas Agathokleous37