A Union for the Kingdom 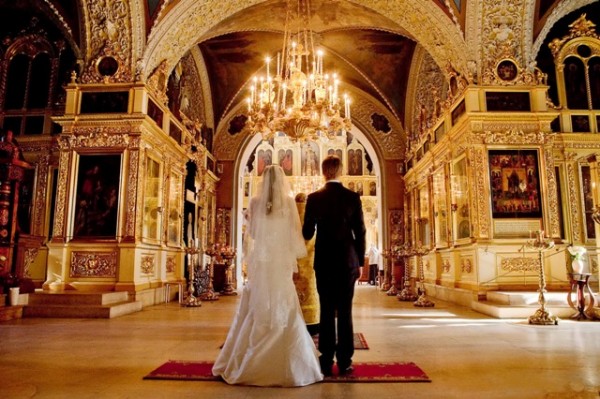 In case you haven’t been following the news‚ the Supreme Court has recently ruled in favor of the recognition of same-sex unions throughout United States. Does this come as a surprise? Absolutely not! We knew it was just a matter of time. But how did we get here? How come that we need a court of law to decide what marriage is?

Before we start pointing fingers at the state for changing our understanding of marriage‚ we have to admit first that even in Christianity‚ there are different views of what actually marriage is. Most Christians would agree that marriage is a union between a man and a woman that mutually agree to spend their lives together‚ but looking deeper we see a divergence of opinion on several aspects. The one that is most relevant to the current situation is the disagreement on the sacramentality of the marriage union.

The Roman Catholic Church and The Eastern Orthodox Church agree that marriage is one of the Sacraments of their respective Churches. The reformed however‚ starting with Luther begin to dispute this idea. “The most remarkable difference between Catholic [and Orthodox for that matter – author’s note]and Lutheran theologies is Luther’s denial of the sacramentality of marriage”In Luther’s own words: “Die Ehe ist ein eusserlich weltlich Ding” – marriage is an outside worldly thing. “[1] It is during his times that the state started to be tasked with the recording of marriages‚ which in his view were regarded as binding contracts between two willing parties in the presence of witnesses.

Luther’s actions‚ however stream from deeper roots‚ because even in the Roman Catholic Church‚ that he separated himself from‚ marriage was‚ and still is‚ also regarded more as a covenant between husband and wife‚ who effectively become the ministers of the sacrament to each other. Marriage is not something accomplished by God through the power of priesthood‚ but a mutual agreement with the priest as a witness.

“…the [Roman] Church teaches that in a Catholic wedding‚ the sacrament of matrimony is not conferred on the spouses by the priest or deacon who officiates. It is conferred by the spouses themselves‚ who administer it to each other when they exchange their consent. As canon 1057.1 observes‚ a marriage is brought into being by the lawfully manifested consent of two people who are legally capable of getting married. In other words‚ the Catholic cleric‚ who must be present at a Catholic wedding does not actually marry the two spouses‚ because they marry each other. Instead‚ the relevant canons of the code repeatedly assert that the cleric simply “assists” at the marriage.” [2]

We can see here the Church taking a passive role in the Western Christianity understanding of marriage. The Church does not unite‚ but only witnesses a self-performed union. This has paved the way for Napoleon to reform marriage and de-link it from any religious ceremony‚ making the civil union performed by lay agents of the state as mandatory and the religious ceremony optional. As such‚ in most European states civil union is mandatory nowadays and religious marriages take a secondary and discretionary role.

In the United States‚ that imported their culture from Western Europe for most part‚ the priests‚ ministers‚ rabbi’s etc. along with judges of peace and other lay categories‚ all function as agents empowered by the state to perform civil unions. For the state marriage is but a contract between parties‚ and it is not necessarily concerned with the religious views (or lack thereof) of those acting as its agents‚ the state is concerned with secular matters. With all the power invested in the state in what concerns marriages‚ we can understand why the state feels it has all the right to define and redefine these secular matters at will‚ based on political will. We won’t get here in matters of constitutional authority and democratic power because these are separate issues I won’t address here.

As such‚ the re-definition of marriage we witness now might not have started with the recent LGBT movement‚ although the cultural revolution beginning in the sixties has a lot to do with the current state of affairs‚ but we could rather say that it has already started many centuries ago‚ when the union between a man and a woman was dogmatically and sacramentally abridged to a legal agreement between two willing parties. This has opened the opportunity for the state‚ increasingly secular and devoid of any religious roots‚ to take hold of marriage and do with it whatever the current cultural trends are telling it to do.

As an Orthodox Christian I believe that the unique perspective of the Orthodox Church on this matter might be of help for all Christians at this crossroad moment particularly because the Orthodox sacrament (or better mystery) of holy matrimony does not carry the meaning of a legal contract. We agree with the Roman Church that marriage is a Sacrament‚ but we differ on who is the actual minister of marriage. A joint statement of Orthodox and Roman bishops recognizes this aspect: “Orthodox theologians often have insisted that the priest is the proper “minister of the Sacrament”‚ whereas Roman Catholic theologians more often have spoken of the couple as “ministering the sacrament to each other”[3].

Why is this difference so important? “By considering the institution of marriage as a legal contract‚ one begins the process of transforming the whole sacrament into a juridical issue‚ and transforming the Church into a mundane legislator.”[4]

For the Orthodox the Sacramental Marriage has never been considered a contractual matter but a union sealed by God through the power He invested in His priesthood. “The Marriage Service […] makes it clear that the bridegroom and the bride are united not by themselves‚ but by God: “For by Thee is the husband joined unto the wife” (Marriage Service).” [5] The Church is not a passive witness‚ but the Priest “ordains” the couple as rulers of their home kingdom‚ united through this sacrament with the Kingdom of Heaven. The Church unites her members without confusing between legal and sacramental matters and therefore leaves no room for misunderstandings and redefinitions. By keeping marriage as a Mystery‚ the Church can continue to define it as She wants: a union unto salvation and not a mere legal affair.

Morality would never succeed to be mandated by the law‚ morality is the freedom to do what God knows and has revealed through Christ that is good for us‚ in spite of any cultural pressure. Today’s secular society can redefine the civil aspect of the marriage they have taken hold off‚ but they won’t be able to re-define what we deeply know that marriage is: a union between a man and a woman towards salvation and fulfillment of their human potential through ultimate union with God. Is not a union in sin‚ it is a union in Christ.

Many are and will continue to disagree with us and even hate us for it. This is again nothing new‚ Christ started a revolution against the consequences of fall‚we only continue in His footsteps. “If the world hates you‚ you know that it hated Me before it hated you. If you were of the world‚ the world would love its own. Yet because you are not of the world‚ but I chose you out of the world‚ therefore the world hates you. Remember the word that I said to you‚‘A servant is not greater than his master.’ If they persecuted Me‚ they will also persecute you. If they kept My word‚ they will keep yours also. “ (John 15:18-20

[5] Encyclical Letter of the Holy Synod of Bishops of the Orthodox Church in America on Marriage – https://oca.org/holy-synod/encyclicals/on-marriage