Source: Interfax-religion
Natalya Mihailova | 29 June 2015
Moscow, June 29, Interfax - The Russian Orthodox Church has appealed to all Russian advocates of the American model of governance, asking them to think twice about the consequences of the United States' decision to legalize same-sex "marriages". 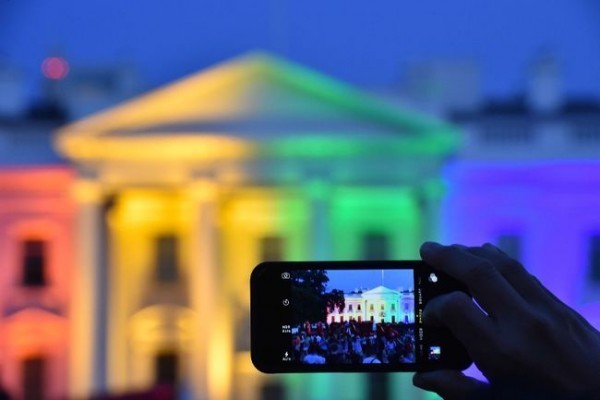 “The people who are into ‘democracy the American way’ and trying to reconcile it with traditional values need to think hard after this decision,” the head of the Synodal Department for Church and Society Relations Archpriest Vsevolod Chaplin told Interfax-Religion.

He pointed out to the kind of values that one is “trying to bring along with the U.S. social and political model.”

He said the thing he was most concerned about in this particular case is that the U.S. government is trying “to impose its anti-natural and post-human view on marriage on other countries.”

The Russian Church representative recalled that one of these days U.S. Supreme Court Justice Anthony Kennedy, who spoke on behalf of the majority of judges who made these decisions, said that same-sex couples were seeking to achieve same legal attitudes towards their union as heterosexual ones. The judge also claimed that the nature of marriage consists in the following: two people together can obtain freedoms, in particular, the freedom of expression, privacy and spirituality, regardless of their sexual orientation.

“Such attitude towards marriage is more than surprising. Marriage is not just a legal construct, it is not just a place where one exercises legal rights,” the priest said.

He pointed out that “marriage has a certain nature, it is created by God, primarily, not as a legal space for the exercise of rights but a place where man and woman in the union of love give life to children and bring them up.”

“Marriage is a constant created by God and laid down in the human nature. And as the Orthodox commentator Sergey Khudiyev rightly put it, trying to change it with a legal decision is the same as trying to change the laws of nature with such a decision,” the priest said.

Most viewed articles
The Authenticity of the Vision of Christ in the Life of Saint Silouan103
How to Deal with Sin91
Epistle of the Council of Bishops of the Russian Orthodox Church Outside of Russia80
The Bulgarian Church Can Canonize Its First Patriarch59
“A New Creation” Through the Cross of the New Adam57
“The models par excellence are the great hesychast saints,” says Romanian Orthodox Bishop of Oradea51
Living with Cunning People9
Most popular authors
Pravmir.com team139
Archimandrite Zacharias Zacharou103
Archpriest Basil Ross Aden91
Priest Philip LeMasters57
Ștefana Totorcea51
Fr. Andreas Agathokleous9