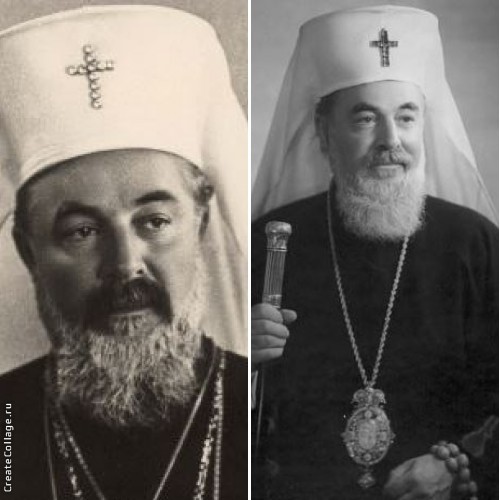 In 1941, after a period of neutrality, Bulgaria allied itself with Nazi Germany. This was a decision partly motivated by the Bulgarian government’s wish to regain neighboring territories that it had lost in previous wars. Early in 1943, the government in Sofia signed a secret agreement with the Nazis to deport 20,000 Jews. The deportations started with Jews in the annexed territories.

Between March 4 and March 11 of that year, soldiers rounded up thousands of Jews and prepared boxcars to take them to the Treblinka extermination camp in occupied Poland, where approximately 850,000 people almost all Jews perished.

Word of the planned deportation leaked out, triggering protests throughout Bulgaria. Opposing the deportation, Vice President of Parliament Dimitar Peshev managed to force its temporary cancellation; but it was only a brief delay. 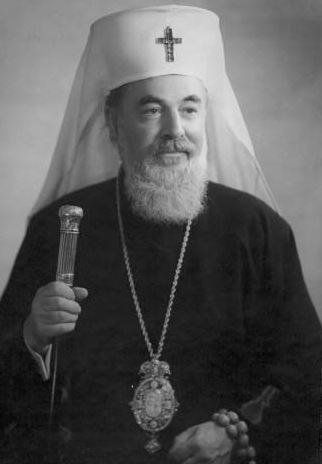 Metropolitan Kirill, the bishop of Plovdiv

On March 10, boxcars were loaded with 8,500 Jews, including 1,500 from the city of Plovdiv. The bishop of Plovdiv, Metropolitan Kirill (later Patriarch of the Bulgarian Orthodox Church), along with 300 church members, showed up at the station where the Jews were awaiting transport. Kirill pushed through the SS officers guarding the area his authority and courage were such that no one dared stop him and made his way to the Jews inside the boxcars.

According to some accounts, as he reached them, he shouted a text from the Book of Ruth: “Wherever you go, I will go! Wherever you lodge, I will lodge. Your people will be my people, and your God, my God!”

Kirill whose protest had the blessing of Metropolitan Stephan of Sofia, the highest ranking Bulgarian Church official during the Hitler years opened one of the boxcars in which Jews had been packed like sardines and tried to get inside, but now SS officers stopped him. However, when one door is locked, often another is left open. Kirill next walked to the front of the train, declaring he would lie down on the tracks if the train started to move.

News of Metropolitan Kirill’s act of civil disobedience spread quickly. Some 42 members of Parliament rebelled against the government. Leaders of all the political parties sent protests to the government and the King. The next day the Jews were freed and returned to their homes.

The struggle was not over. On April 15, King Boris arranged a meeting of the Holy Synod at his palace to persuade the bishops to support anti-Jewish policy and the Nazi deportation plans. “After all,” he said, “other countries have dealt the same way with the ‘Jewish Problem’.” He called upon the patriotism of the Church to accept the laws enacted by the Parliament, but his counsel was rejected by Metropolitans Stephan, Kirill and other Synod members. 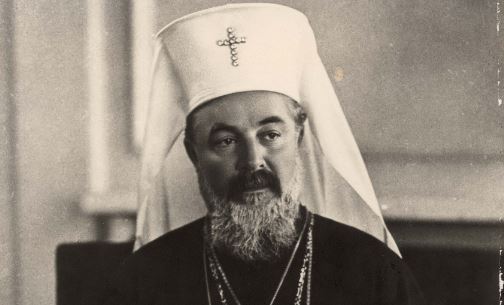 In May, Sofia’s Jews received deportation orders to the countryside. The Jewish community’s two chief rabbis, Daniel Zion and Asher Hannanel, asked Metropolitan Stephan to shelter them and pleaded for the cancellation of the deportation order. Stephan sent a number of messages to the King, pleading for him to have mercy on the Jews. “Do not persecute,” he wrote, “so that you, yourself, will not be persecuted. The measure you give will be the measure returned to you. I know, Boris, that God in heaven is keeping watch over your actions.”

The sudden death of King Boris in September 1943 stopped the deportation attempts once and for all.

At the beginning of World War II, the Jewish population of Bulgaria was 48,000. At the end it was 50,000, making Bulgaria the only country under Nazi rule to end the war with more Jews than at the beginning.

Metropolitan Stephan entered eternal life in 1957, and Metropolitan Kirill in 1971. In 2003, the Yad Vashem Holocaust Memorial in Jerusalem recognized both bishops as Righteous Among the Nations. 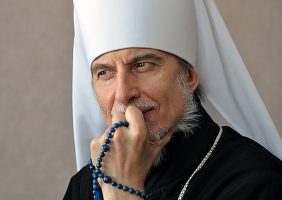 True stories become legends and legends are compressed via symbols into myths. The St. George of myth was…

The Challenge of a 20th Century Saint, Maria Skobtsova

Although perishing in a gas chamber, Mother Maria did not perish in the Church’s memory. Those who had…

Most viewed articles
First Church in the Antiochian Archdiocese Named for St. Xenia of St. Petersburg Prepares for Feast Day258
Patriarch Kirill: Not Only People, But Churches Too, Can Depart from God208
A Christianity of the Catacombs167
Thoughts on Theophany and Revelation98
Patriarch Porfirije of the Serbia: Our Position on the Church Issue in Ukraine Has Not Changed86
Archbishop Makarios of Australia: ” the Great privilege of the Orthodox Church is that we live in communion”64
The Truth About Riches60
Metropolitan Onuphry Speaks on How to Protect One’s Soul From Sin24
How to live the Spiritual Life (Part I)1
Most popular authors
Pravmir.com team640
Archpriest Lawrence Farley167
Elissa Bjeletich98
Fr. Gabriel Bilas60