Great Banquet: Becoming One of These People to Whom the King Send His Servants 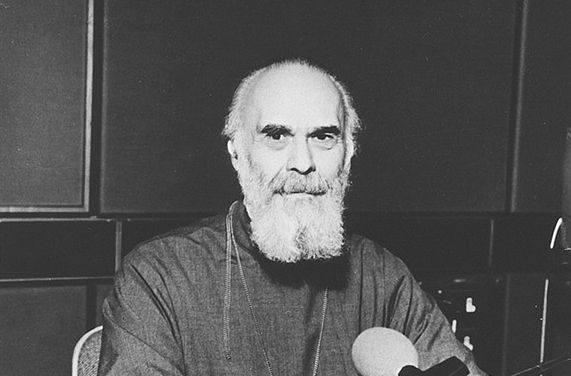 Then He said to him, “A certain man gave a great supper and invited many, and sent his servant at supper time to say to those who were invited, ‘Come, for all things are now ready.’ But they all with one accord began to make excuses. The first said to him, ‘I have bought a piece of ground, and I must go and see it. I ask you to have me excused.’ And another said, ‘I have bought five yoke of oxen, and I am going to test them. I ask you to have me excused.’ Still another said, ‘I have married a wife, and therefore I cannot come.’ So that servant came and reported these things to his master. Then the master of the house, being angry, said to his servant, ‘Go out quickly into the streets and lanes of the city, and bring in here the poor and the maimed and the lame and the blind.’ And the servant said, ‘Master, it is done as you commanded, and still there is room.’ Then the master said to the servant, ‘Go out into the highways and hedges, and compel them to come in, that my house may be filled. ‘For I say to you that none of those men who were invited shall taste my supper.’ “

Time and again we hear this parable of Christ. If we only received it deep in our hearts, if we only saw ourselves as we are depicted in it, both to our shame and to our glory, to our hope! How many of us are those who are described there, are the people who could say when they are called by God – not to do anything in particular, but simply to be with Him, to share His joy, to be partakers of the grace – how many of us would say to Him (and we do, but are we aware of it?): Lord, I belong to the earth; didn’t You take me out of the earth, have I not been fashioned out of the dust? The earth is my mother, the earth is the closest thing to me, I belong to it. Forgetting that indeed, we belong to it; we are taken out of it, fashioned out of it, but we shall return to it as dust, unless there is the other dimension that has grown in us, unless we realize, not only with our mind – with all our being, that we were indeed made out of earth, but by the powerful, the creative word of God, and that we belong to Him Who spoke this word, we are akin to Him more than we are to this earth, if that is possible. We feel as though we have set roots deep, deep into the earth, as though we derived from it all that we are: our life – yes, called out of it; but also all that it produces, beauty and joy, and everything; and it is so easy to forget that we are called to be more than just the dust of this earth!

And then, how often do we think, there is no time for me to spend in the intimacy of God, to be with Him, just to be, just to be happy, to be together with Him: haven’t I got a task? It may be something that I feel is important! It may even be something that we imagine is important to God – is there time for me to be with Him? We may be with Him later, one day, when all things are fulfilled, or when death has severed our fetters, our link with the earth and with what we imagine is our task. And our tasks are endless; one or another of the divines of the past had said that the image of the five yokes of oxen indeed speaks of the work we feel we must fulfill; but also perhaps, do they not represent our five senses? Do they not represent the five senses which we use continuously, in all directions, anarchically, unpurposefully being by them blinded to the invisible? Isn’t it true that the demon of the noonday is this moment when everything created, all the visible becomes so intensely, powerfully perceptible to us and blinds us to the invisible?

And then, the last man said, I can’t share your joy, oh Lord, I have my own. I have taken a bride, my heart is full of rejoicing! Can I turn away from my joy, forget it for one moment, let go of it and share yours? Let this joy of mine become every day’s life; loose its newness perhaps, and then I will share yours.

Isn’t that the various images which depict us? And what can God do about it? He offers Himself; He wants to share with us all there is: yes, even this earth, but on His terms; to use an image of Saint Ephraim of Syria, to make for us this very earth a sacrament of initiation: a sacrament, a divine act by which He Himself is disclosed, and the means by which He discloses Himself become holy, sacred, shining with glory divine… Yes, He wants us to fulfill a task on earth, but that this task should be what He is doing, make us co-workers with Him, not people sent away from His presence, but people who had become so perfectly one with Him that what we do is what He does and what we are is what He is, ultimately, and that His joy should be ours, the joy that cannot be contained in our hearts, so great it is – it fills the heart of God.

But isn’t there a way? Yes! Become like the people to whom the King send His servants: they were lame, they were beggars, they were in rags, they were the scum of the earth; but because they were deprived of everything, their longing was for all; and all was not simply the little things of the earth that seem so great to us, but something greater: the Kingdom of God, where all should be love, beauty, truth, justice they have longed all their lives; and it is to them the Angels of God, the servants of the King were sent!

What about us? Couldn’t we become, each of us, one of these people? Aren’t we as blind as the blind, as lame as the lame, as poor as the poorest? Why not turn to God and receive the earth, and our task, and all that can fill our life and our hearts on God’s own terms, with Him? And this is what He is offering us on this day of the Nativity which we will keep next week; the day when He became one of us to show us that while being human totally, perfectly, unreservedly human, and yet, totally pervaded with divinity, we can become one with Him, partakers of the divine nature, partakers of His cross and of His glory. Let us reflect on this; let us become the lame, and the poor, and the blind, and the hungry; and then as the Beatitude tells us we shall be fed. Amen. 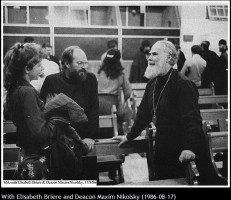 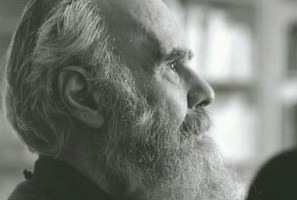 He wasn’t a recluse, nor did he seek signs; he didn’t speak about miracles, and wasn’t…