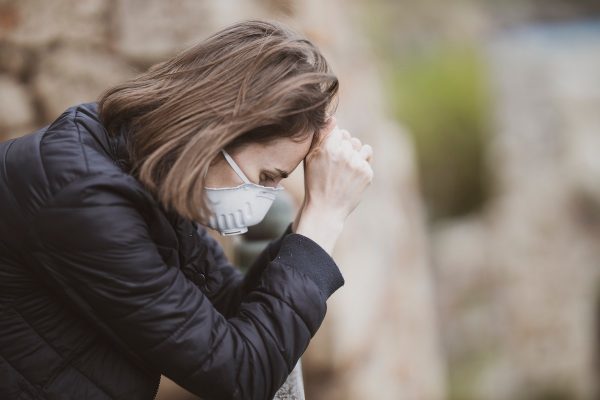 Doctors from one county in California are warning they’ve seen more deaths due to suicide than as a result of the coronavirus.

“The numbers are unprecedented,” Dr. Michael deBoisblanc of John Muir Medical Center in Walnut Creek told KABC-TV, noting he’s seen “a year’s worth” of suicides in the last month.

As of Friday, Contra Costa County reported 36 deaths from COVID-19. According to a 2017 estimate, there are 1.14 million people living in the county.

Later in his conversation with the local news outlet, deBoisblanc said he believes it is time for coronavirus-induced restrictions to be lifted, noting the original intent of the stringent lockdowns was to slow the spread of the infection, as to not overwhelm hospitals and to build up resources to care for those who need medical attention while fighting the virus.

Kacey Hansen, a 30-year trauma nurse from John Muir Medical Center, said she has never seen anything like she’s seeing now. She is concerned not only about the rising number of suicide attempts, but also in the hospital’s ability to maintain its standard success rate in saving patients.

While members of the trauma team have expressed concerns about continuing the stay-at-home orders, the John Muir Health organization released a statement this week saying it supports the lockdowns:

John Muir Health has been, and continues to be, supportive of the Shelter-in-Place order put in place by Contra Costa County Health Services to prevent the spread of COVID-19. We realize there are a number of opinions on this topic, including within our medical staff, and John Muir Health encourages our physicians and staff to participate constructively in these discussions.

On Friday, Dr. Anthony Fauci, the country’s leading infectious disease expert and a member of the White House Coronavirus Task Force, told CNBC that remaining closed down for too long could cause “irreparable damage.”

In addition, more than 600 doctors sent a letter to the White House this week, arguing indefinite lockdowns around the country are causing more harm than good.

“Millions of Americans are already [in critical condition],” read the letter. “These include 150,000 Americans per month who would have had a new cancer detected through routine screening that hasn’t happened, millions who have missed routine dental care to fix problems strongly linked to heart disease/death, and preventable cases of stroke, heart attack, and child abuse. Suicide hotline phone calls have increased 600%.”

“We are alarmed at what appears to be the lack of consideration for the future health of our patients,” it continued. “The downstream health effects … are being massively under-estimated and under-reported. This is an order of magnitude error.”

Research released in early May suggested the byproducts of continued lockdowns — massive unemployment, social isolation, weakened immune systems, and increasing levels of uncertainty — could result in 75,000 deaths as a result of drug abuse, alcoholism, and suicide.

Trump claimed in March there would be a surge in suicides as a result of the forced economic recession. Calls into the national hotline providing emergency help to people suffering emotional distress have jumped 891%.

A report by CBN News also found a sharp increase in the number of children experiencing sexual abuse during the lockdowns. Generally, kids make up one-third of the calls to the National Sexual Assault Hotline. In March, half of the calls into the center came from children.

Two-thirds of the children who called in with coronavirus-related concerns in March said their attacker was a family member and nearly eight in 10 said they lived with their perpetrators.

In a May 19 letter to Secretary of Education Betsy DeVos, a bipartisan congressional delegation wrote: “School closures and shelter-in-place orders, while necessary to fight the spread of this pandemic, are having dangerous, unintended consequences on our nation’s children.”

The group of lawmakers are urging DeVos to issue a guidance on how to use the school systems already in place to keep kids safe. Furthermore, teachers should “be directed to remind children that a student can report abuse to them and that teachers can provide immediate assistance to children who may be experiencing abuse,” the lawmakers noted.

A piece of legislation that would, in effect, totally decriminalize polygamy among consenting adults was unanimously approved by a Utah…

Most viewed articles
Being of One Mind: What It Is and Isn’t147
A Hunger For God’s Presence106
In the Father’s House the Prodigal Son Remains Loved81
Bloom Where You’re Planted68
Patriarch of Serbia Visits the Orthodox Grammar School in Zagreb49
Patriarch Kirill Speaks on the Only Right Path22
Metropolitan Onuphry: Fasting and Prayer Are Two Wings That Help People Draw Near God13
Most popular authors
Archpriest Michael Gillis147
Fr. James Guirguis106
Pravmir.com team84
Metropolitan Hilarion (Alfeyev)81
Fr. Jonathan Tobias68