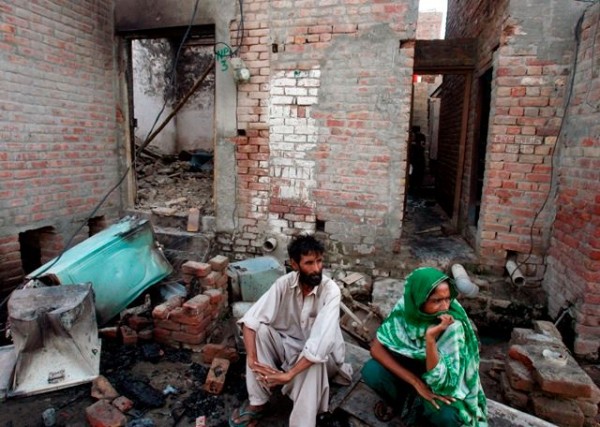 The killings took place in a village near Lahore.

The Fides news agency reported that Shama Bibi, 24, had burned some papers belonging to her late father-in-law. After a Muslim who witnessed the incident alleged she had burned pages of the Qur’an, a mob of over 100 people held Bibi and her husband, Shahbaz Maseeh, hostage for two days.

NBC reported that the couple’s legs were broken before they were thrown into the kiln. Police have arrested 35 people in connection with the murders.

Most viewed articles
How to Read the Bible160
Words from St. Isaac of Syria112
Seven-day celebrations dedicated to the Saint who helped Bucharest during plague epidemic begin on Thursday111
Patriarch Kirill Encourages the Media to Report Proper and Adequate Information about the Church101
Holy Intercession Church in Glen Cove, NY, Celebrates its 70th Anniversary88
Since the Start of the Pandemic Moscow Priests Have Made Over 4,000 Visits to Patients with COVID-1979
Archbishop Peter of Chicago and Mid-America in an interview to Poltava Diocese’s press service reveals interesting moments in the life of St John (Maximovich)77
“Do Not Weep”25
Best Films of the Pokrov Film Festival Have Been Determined17
Using Our Time Wisely to Cultivate the Seeds of Faith2
Most popular authors
Pravmir.com team362
Archpriest Lawrence Farley160
Archpriest Stephen Freeman112
Aurelian Iftimiu111
Archpriest Peter Olsen25
Priest Luke A. Veronis2