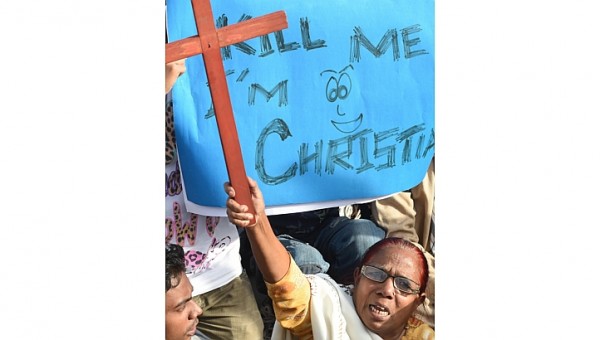 Minority Pakistani Christians protest against the Nov 4 murder of a Christian couple in Lahore on Nov 9, 2014. -- PHOTO: AFP

Shehzad Masih, a bonded labourer, and his pregnant wife Shama Bibi were beaten by a mob of 1,500 people then thrown on top of a lit furnace last week in a crazed reaction to rumours they had thrown pages of the Quran into the garbage.

The horrific incident took place on November 4 in the tiny hamlet of Chak 59 (village 59) near the town of Kot Radha Kishan, 60km southwest of Lahore.

It has sparked protests across Pakistan by Christians and outrage among rights activists. Police have arrested more than 40 suspects.