Patriarchal Deanery in Thailand has Given Humanitarian Aids to Karen Refugees 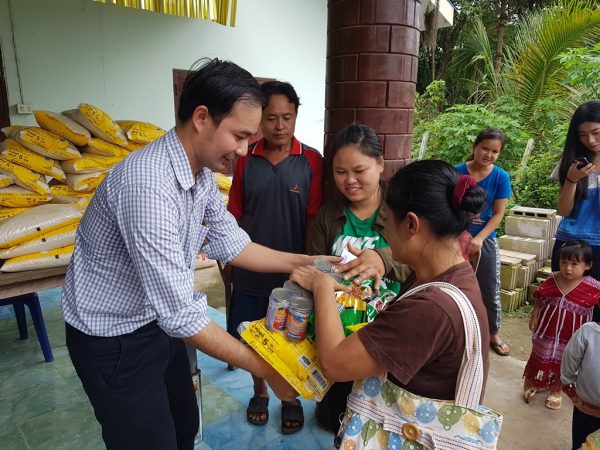 On August 7, 2018, with a blessing of the dean of the Patriarchal Parishes in Thailand and the Russian Orthodox Church representative in Thailand, Archimandrite Oleg (Cherepanin), a working group visited the Ban Huai Sua village in the Tanah Seri Hills on the Thailand–Myanmar border. The group, which met with local people and gave them humanitarian aid, included Rev. Ioann Moroz, acting dean of the Patriarchal deanery; Hieromonk Micah (Phiasayawong), a cleric of the St. Nicholas church in Bangkok; Antoniy Borovkov, a novice of the Dormition monastic community; and three students of the Phuket Orthodox Theological School.

The village people are Karen (an ethnic group living in the south and southern-east of Myanmar, who speak Karen languages of the Tibetan-Burmese subfamily). Due to state upheavals in Myanmar itself, they have become refugees with the right of residence in adjacent areas in Thailand, but without valid papers and any support from the state. The village community confesses Protestantism. The Karen lives very poorly and needs the bare essentials.

Upon their arrival in the village, the working group was met by the head of the village community, whose daughter could understand Tai and act as an interpreter. All the villagers assembled for the meeting. Father Micah greeted them on behalf of the Orthodox flock in Thailand and explained how the Orthodox Church lived in the Kingdom. He also introduced every participant in the working group. Father Ioann Moroz said a brief prayer. After the prayer the group distributed the humanitarian aid (rice, canned goods, noodles, biscuits, etc.) to every villager. The villagers accepted the aid with gratitude, after which they took the group on a tour of their settlement.

On behalf of the dean of the Patriarchal Parishes in Thailand, Father Ioann invited villagers to come to the monastic community in Ratchaburi near the Karen settlement on August 28, the feast of the Dormition of the Most Holy Mother of God, the deanery website has reported.