Christians of the Middle East will stay on their own soil and fight terrorists, participants of international forum claim

Source: Interfax-religion
Natalya Mihailova | 05 June 2015
Sochi, June 4, Interfax - In spite of mass exodus of Christians from the Middle East, many of the Christians are going to stay in their Motherland and hope for Russia's help, representative of the Al-Marada youth movement of Lebanon Shadi Dahla. 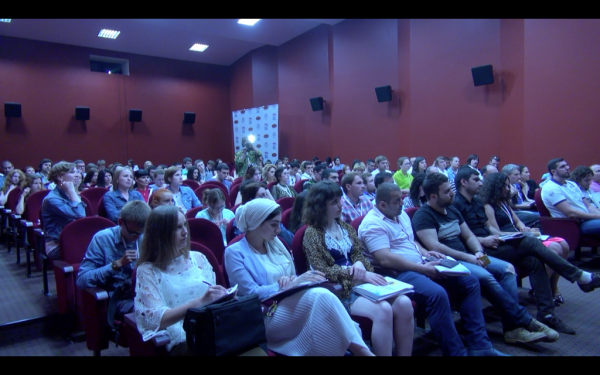 “Though we have fear of this monster named ISIS brought up by the USA, we consider ourselves successors of St. George and we will fight with evil forces,” Dahla said Wednesday at the 3rd International Christian Forum in Sochi.

He drew a parallel with Russia as it won a victory over Napoleon and Hitler, who came to conquer its land, and “threw them back.”

“We, Christians of the Middle East, will also beat the invaders and we’re looking for your support in it,” the Lebanese speaker said.

Head of the International Section of the Imperial Orthodox Palestinian Society Oleg Fomin said at the forum that “Arabian Christians are not plants brought to the East from the outside, they are flesh of the flesh of peoples who have always lived here.”

He reminded that Christians of 20 confessions had historically lived in the Middle East and these people played an important part in flourishing of the Arabian language, Arabian culture and opposition to turkizing of Arabs under the Ottoman Empire.

Representative of the Council for Inter-Ethnic Relations at the Russian President Aikaz Mikaelyan suggested holding such forums in hot spots such as Ukraine and the Middle East to make them feel humanitarian support of young Christians.