PHOTOS: The Last Days of the Romanovs

Natalya Mihailova | 17 July 2015
These photographs of the family of Nicholas II were taken by Pierre Gilliard. The Swiss-born Gilliard lived with the Royal Family for many years, combining his duties as French teacher for the children with that of tutor of the Tsarevich Alexei. 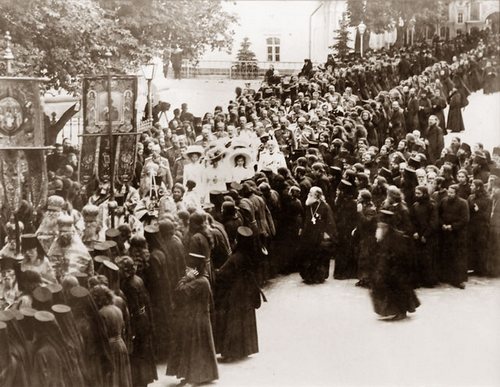 On the night of July 16 to 17, 1918, in the basement of the Ipatiev House in Yekaterinburg, the Imperial Family of the Romanovs was shot: Nicholas Alexandrovich, Alexandra Feodorovna, and their children Olga, Tatiana, Maria, Anastasia, and Alexei, along with Yevgeny Botkin, their personal physician, and three servants. In 1981, the Romanovs were numbered among the ranks of martyrs by the Russian Orthodox Church Outside Russia, and in 2000 they were canonized by the Russian Orthodox Church as Royal Passion-Bearers.