Dorotheos on Not Judging Others 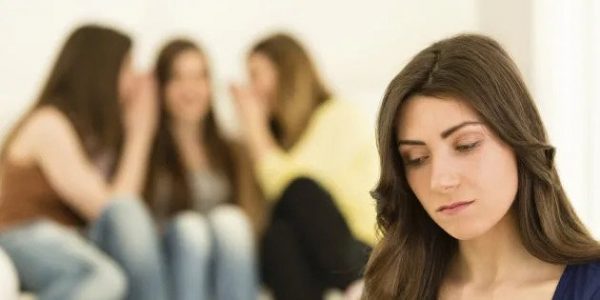 People are often confused about what “judging” means and how judgment is to be applied. Jesus said: “Judge not that you be not judged” (Matthew 7:1). But He also said: “Judge with right judgment” (John 7:24). There is a sense in which “judging” has to do with what is right and wrong, true and false, helpful or unhelpful. Parents, teachers, supervisors and many such others are obligated to “judge” by discerning and evaluating those under their responsibility and care. We can call this “constructive” judgment. God is judge but He judges with love and with a positive intent. Jesus uttered judgment against those who opposed His work, not because He hated them but because He loved them and desired their salvation. His was a judgment intended not to punish but to mend, restore, heal, and save.

But there is also a sense in which “judging” is negative and harmful. This kind of judgment spawns from selfish and vindictive motives. It expresses the desire to reject, harm, and condemn others. This kind of judgment is destructive to all, including first of all to those doing the judging. It intends to discredit, humiliate, and punish other human beings in some way. It goes by the name of the sin of “judgmentalism.” This was the disposition of the opponents of Jesus, who closed off themselves from the love of God and constantly sought ways to accuse and condemn Christ. This evil passion arising from the darkness of the heart led to the death of Jesus by crucifixion. Tragically, judgmentalism and its dehumanizing effects is alive and well today. It is part of the force of sin and evil wreaking havoc in our personal and social relationships in all kinds of ways.

St. Dorotheos of Gaza wrote two essays on the theme of judgment. The first he titled “On Refusal to Judge Our Neighbor.” The second he entitled “On Self Accusation.” For both themes apparently he had in mind the words of Jesus in full: “Judge not, that you be not judged. For with the judgment you pronounce you will be judged, and the measure you give will be the measure you get… How can you say to your brother, ‘Let me take the speck out of your eye,’ when there is the log in your own eye? You hypocrite, first take the log out of your own eye, and then you will see clearly to take the speck out of your brother’s eye” (Matthew 7:1-5).

In his first essay, St. Dorotheos begins with a practical observation. If a person is not careful about small things, she or he can gradually become careless about big things. If we are not attentive to seemingly innocent talk in conversations, we can lapse into the evil habit of gossip and judgmentalism. From things that appear negligible, we can end up in serious spiritual trouble. St. Dorotheos counsels to refuse to say to oneself, “What does it matter if I put in a word about this or that? What does it matter if I find out what this brother is saying or what that guest is doing?” Idle talk is the beginning of casting innuendos and suspicions, and then gossiping and peaking evil of others. This is a sure way to become careless about our own faults, lose attention and capacity to correct ourselves, and end up talking negatively about others. St. Dorotheos’ answer: Refuse to judge your neighbor! Make it a rule never to say anything negative about anyone!

St. Dorotheos speaks of three kinds of judgmentalism, one more ruinous than the other. The first is “running a person down” by saying that he did this or that, such as get angry, or lie or steal. Sometimes such talk can be veiled in the mantle of sympathy for that person. Worse yet is to “condemn” that person by labeling him an angry man, a thief, or a liar. In this way a judgment is made about he condition of his soul and a conclusion is drawn about his whole life, a very serious sin. This is what the Pharisee of the parable did, when he categorized the tax collectors with the extortioners and adulterers. Still worse is a final kind of judgment that despises a human being and insinuates that such a person ought to be cut off from friendship and communal fellowship as something disgusting. That is the ultimate rejection of that person’s humanity.

The saint asks a question that cuts like a sharp knife: Why are we so eagerly and so carelessly ready to usurp God’s right to judge in judging our neighbor? He tells a story from the traditions of the Desert Fathers. An angel brought to a brother the soul of someone who had fallen into sin, and whom the brother had judged. The angel said: “Here is the person you have judged. He has just died. Where do you order him to be put, into the kingdom of God or into eternal punishment?” The holy elder was terribly frightened about the prospect of deciding a human being’s destiny and spent the rest of his life in tears and repentance. He was forgiven but was not completely comforted from his pain until he died.

We know nothing about God’s wisdom and judgment. God alone can take account of our life circumstances, look into our hearts, and render judgment. God alone can discern our inner states, our capacities, our weaknesses, our gifts, our experiences, our physical and emotional make-up. God will judge differently a bishop from a political leader, an older monastic from a neophyte, a teacher from a pupil, a healthy man from a sick man. But God can do this because He has created everything, formed everything, and knows everything.

Each one has her or his own sins before God. When we have much to be concerned about, why are we so ready to judge our neighbor? Surely it is because of pride and the desire to put another person down. But those who desire to be saved ought to scrutinize their owns actions and habits, not those of their neighbor. Worse than judging our neighbor within our own minds is to involve others in such judgments by saying, “Here is what happened” or “Here is what so and so did.” In so doing we do the devil’s work, harming ourselves and others. It is the devil’s work to harm people and to tear people down. We ought not to help the devils but the angels seeking the profit of our souls and the souls of all human beings.

The best defense against the habit of judging neighbor is the practice of true love. “Love is patient and kind; love is not jealous or boastful; it is not arrogant or rude. Love does not insist on its own way; it is not irritable or resentful; it does not rejoice in wrong, but rejoices in the right. Love bears all things, is faithful in all things, hopes in all things, endures all things” (1 Corinthians 13:4-7). Such love acts as a shield that screens out judgmentalism. The saints were not blind about people’s shortcomings. But they would not let their eyes and minds dwell on their sins. Better to pray for them and help them. St. Dorotheos tells another story about a monastic community buzzing with the gossip that a brother had a woman in his cell. The abbot went to the presumed sinner’s cell, sat on the barrel where the woman was hiding, and told the others to search the place. When they found nothing, the abbot said to them: “May God forgive you!” But later the abbot put his hand gently on the sinner’s shoulder and said kindly: “Take good care of yourself, brother.” Stricken with remorse, the man repented and was redeemed from his sin by the mercy and sympathy of the wise elder.