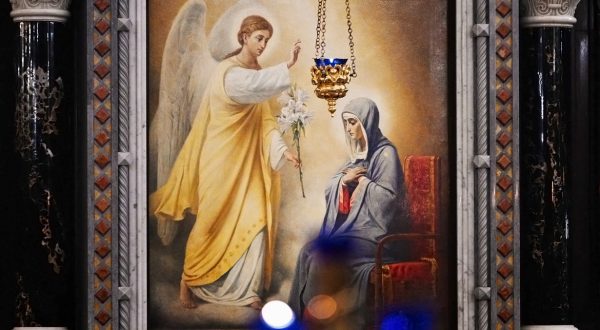 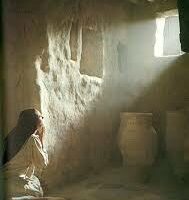 St. Ignatius of Antioch, martyred in Rome in about the year 107, wrote that along with the death of the Lord, the virginity of Mary and her giving birth were mysteries that were hidden from the ruler of this age, and were accomplished in the silence of God (To the Ephesians, 19.1). That is, their full significance were not immediately perceived by the world. This was certainly true, for when news of Mary’s pregnancy became known in her small town home in Nazareth, no one there suspected that the Child she was carrying was about to change the world forever. Most young mothers can expect to be showered with congratulations and good wishes when they share the news of their pregnancy. But not Mary. At that time she was only betrothed to her fiancé Joseph, and the wedding itself was still some months away. It was clear enough that Joseph was not the father of her baby, and the wagging tongues of Nazareth would assume the obvious and the worst.

It is easy for us to forget this. Elizabeth her cousin greeted her with joy and pronounced her blessed among women, but Elizabeth was something special. She was the mother of the one chosen to be the Forerunner, and when Mary entered her home to visit with her during her advanced pregnancy, Elizabeth’s baby leaped up inside her, and she was filled with the Holy Spirit (Luke 1:41).   The old biddies in Nazareth, it is safe to say, were not so filled with the Holy Spirit, and they did not pronounce Mary to be blessed among women. As far as they were concerned, the young adolescent (the normal age for betrothal then being about thirteen) was an immoral woman.

That meant that when Gabriel came to Mary in Nazareth and brought the good news that she had been chosen to be the mother of the Messiah, the news was not all good. In the long term, all generations of those who served the Messiah would call her blessed (Luke 1:48), but in the short-term, all her neighbours would call her something else, and small town Nazareth very quickly became a very unfriendly place. How else could one explain why Mary was willing to accompany Joseph for a long journey to Bethlehem in Judea when she was nine months pregnant? Better to brave the hardships of a journey like that than to stay at home among the slanderous tongues of Nazareth.

We traditionally think of Mary as a meek woman, adorned with the long robes of humility. And indeed she was. But her meekness might lead us to miss the fact of her indomitable courage as well, thinking meekness and courage were somehow mutually exclusive. (The example of Moses proves that they weren’t; see Numbers 12:3.)

Despite her tender years, Mary was smart enough to realize the full consequences of Gabriel’s announcement, and the damage to be done immediately to her reputation when she was found to be pregnant before she was married. Yet she assented anyway, bowing her head and saying, “Behold the handmaid of the Lord. Let it be to me according to your word”. This took tremendous courage. If her Son would later set His face to go to Jerusalem knowing what awaited Him there (Luke 9:51), Mary similarly must have set her face to go into the markets of Nazareth each day, knowing what awaited her there. Mary was just a young girl when she decided to face down the cold stares of Nazareth. Her utterance, “Let it be to me according to your word” was not simply a word of submission. It was also a word of towering strength and courage. Let us follow her, and let the Mother of God teach us to be brave.  These days we have need of such bravery.