Ecumenical Patriarch Bartholomew is Expected to Visit the U.S. in July 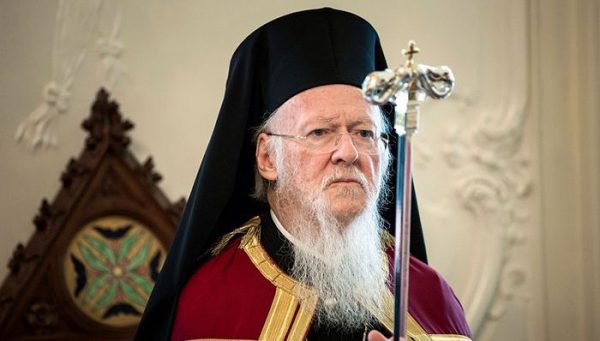 Patriarch Bartholomew of Constantinople is expected to visit the U.S. in July, reports the National Herald.

Pat. Bartholomew will be visiting at the invitation of Secretary of State Mike Pompeo to speak at a meeting on the environment. He last visited America in 2009.

Recall that the U.S. State Department has openly supported the Patriarchate of Constantinople in its non-canonical interference in Church affairs in Ukraine. The Department has released several messages in support of the creation of the schismatic church, some from Pompeo personally. The Secretary spoke with “Metropolitan” Epiphany Dumenko on the phone following the mid-December “unification council.”

The State Department also supported the recent launch of the English-language edition of the Greek news agency Romfea in defense of the Ecumenical Patriarchate, as was tweeted by U.S. Ambassador to Greece Geoffrey Pyatt after a recent meeting with the core Romfea team. The report of the meeting came one day after the English edition published the propagandistic piece, “Mount Athos is strongly in favor of the Patriarchate on the Ukrainian issue.”

Pat. Bartholomew will also make a pastoral visit to the Greek Archdiocese of America. As is known, the Patriarch is pushing His Eminence Archbishop Demetrios out of his position as the head of the Archdiocese and has given him until Pascha to tender his resignation. The Patriarch’s reported visit will take place just three months after this deadline.