Source: Catholic Herald
Sectarian violence against Christians has recently peaked in the south of the country
Natalya Mihailova | 19 July 2016 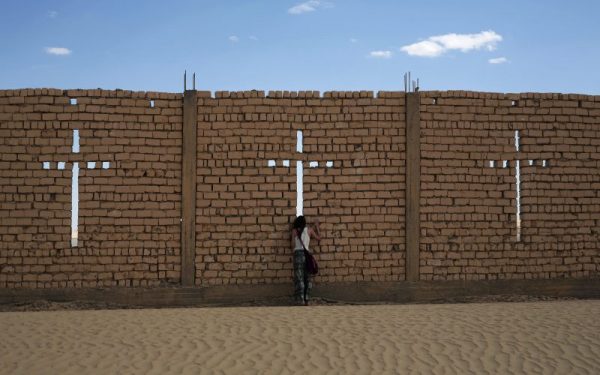 A Muslim mob in southern Egypt stabbed a Coptic Christian to death over a personal feud on Monday, stoking anger among Christians amid a spike in assaults on their community.

Bishop Makarios of the southern Minya governorate said the mob attacked the families of two priests with knives and batons in the village of Tahna al-Gabal late Sunday.

A family member, Fam Khalaf, 27, was killed and the father of one of the priests was wounded. Police said they arrested four people in connection with the incident.

On Monday, mourners gathered at a local church for prayers for the dead and protests. Marching to the graveyard, they chanted “with blood and soul, we redeem the cross.”

On Saturday, a group of Muslims attacked and torched houses of Christians in the village of Abu-Yacoub, also in Minya, following a rumour that a Christian intended to turn a kindergarten into a church. Security forces arrested at least 14 people. Last week, in another Minya village, Kom al-Lufi, a group of hard-liners attacked and torched houses of Christians after a similar rumour.

In May, a Muslim mob stripped an elderly Christian woman of her clothes and paraded her on the streets of another Minya village, following a rumour that her son had an affair with a Muslim woman. The incident sparked public uproar and prompted Egypt’s President Abdel-Fattah el-Sissi to publicly vow to bring the attackers to justice.

Egypt’s Orthodox Coptic Christians strongly supported el-Sissi’s ouster of his Islamist predecessor Mohammed Morsi, who hails from the Muslim Brotherhood group. Following Morsi’s toppling, many Islamists claimed that Christians had conspired with the military against them. Attacks on Christian homes, businesses and churches subsequently surged in the south.