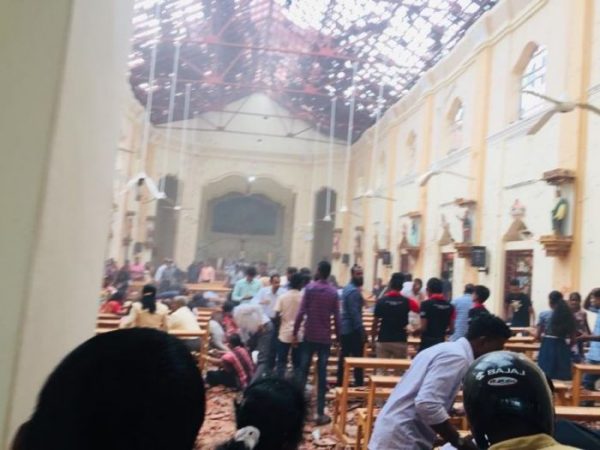 This picture was taken inside St Sebastian's Church moments after the blast. | Facebook

Three churches were attacked in Sri Lanka, with explosions killing dozens of Christians as they celebrated Easter Sunday morning.

Three hotels — Shangri-La Colombo, Kingsbury Hotel in Colombo and the Cinnamon Grand Colombo — that were holding Easter breakfast buffets were also targeted in the attacks. Two additional explosions were confirmed by media in Dehiwela and Dematagoda areas.

Police and hospital sources say at least 185 people, including children, have been killed and 469 have been injured in the attacks.

At least 81 people are reported to have died at St. Sebastian’s church in Negombo. St. Sebastian’s posted photos of the carnage to its Facebook page showing distressed and injured worshipers and extensive damage to the building. Officials from the church reported that there were 500 people attending Mass at the time of the explosion.