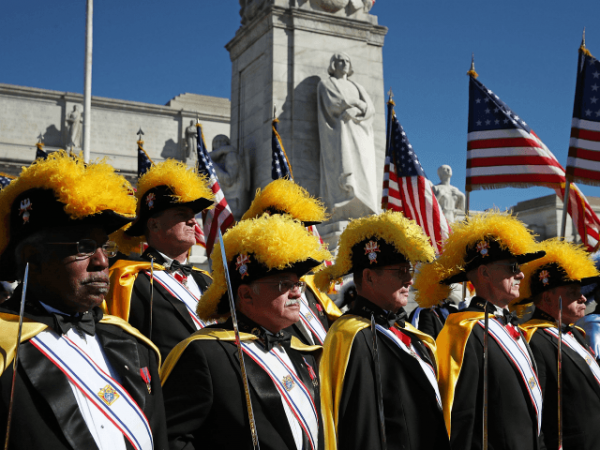 The coordinated attacks targeted Christians on the most important feast of the year, commemorating Christ’s resurrection, bringing about the death of more than 300 people with hundreds more wounded.

“The Knights of Columbus stands in solidarity with our Christian brothers and sisters in Sri Lanka during this time of trial,” said Carl Anderson, supreme knight of the Catholic charitable organization, in a statement Monday. “Terrorist attacks like those on Easter Sunday are the acts of those who reject the sanctity of life, human rights and religious freedom.”

“In addition to our prayers, the Knights of Columbus is sending $100,000 to Cardinal Ranjith in Colombo, Sri Lanka, for his use in the rebuilding and repair of his Christian community in the aftermath of this act of terrorism,” Mr. Anderson said.

Another $35,000 was pledged by the Hungarian government through its State Secretariat for the Aid of Persecuted Christians. The money is intended as “emergency aid to the severely injured survivors and the orphaned children of the Easter Sunday attacks in Sri Lanka,” according to State Secretary, Azbej Tristan.

“Globally, it is well documented that Christians are the most persecuted religious group today,” Mr. Anderson said in his statement. “Now is the time for every country to take concrete steps to protect their minority populations, including Christians, and to stop this persecution and slaughter.”

Anderson said that every country has the duty to protect its religious minorities and “freedom-loving countries must demand nothing less of their neighbors.”

“Talk of human rights and religious freedom rings hollow when people are killed for nothing more than worshipping the one who taught us to love one another,” he said.

Over the past five years, the Knights have pledged over $25 million to help house and care for victims of violence and Christian genocide in the Middle East.