Exposé: Life in Egypt Is ‘Hell’ for Christian Women 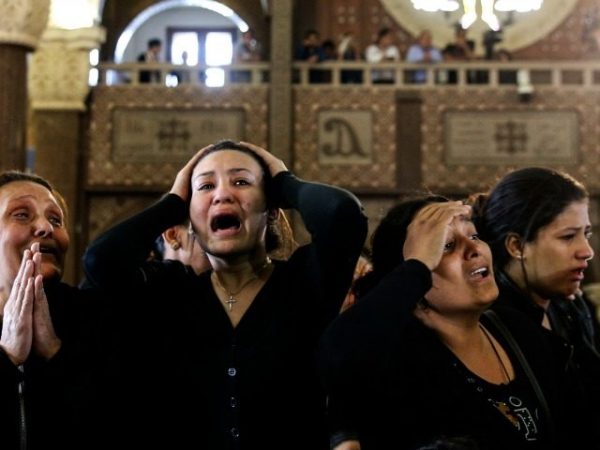 “To be a woman in a country where most of her people see women as a disgrace, and at best look at her from a sexual point of view, it is a heavy burden, but even worse when you are a Christian woman,” wrote Engy Magdy in the Brooklyn-based Catholic news website The Tablet Wednesday. “It is hell!”

In her exposé, the Cairo-based journalist said that sexual harassment in Egypt should be treated as a country-wide “epidemic,” citing a 2013 United Nations study that found that 99 percent of Egyptian women have been victims of harassment.

While all women are treated as second-class citizens, Magdy wrote, the situation is infinitely worse for Christians, in part because they are so easily identified.

Because most Muslim women in Egypt wear a hijab, women who do not wear one are assumed to be Christian, she wrote. “This means that the Egyptian man thinks he has the right to harass her, simply because he sees her as a whore and a disbeliever.”

In fact, most Muslim men “view the Coptic woman as easy prey,” she wrote. “He thinks that he will have a religious reward if he can manipulate her emotionally and persuade her to marry him, or to convert to Islam, a phenomenon prevalent in Upper Egypt.”

Perhaps worse than the harassment itself, Magdy stated, is the way society closes ranks around the guilty party.

The “stark and shocking reality,” she said, “is that the community always defends the harasser. If the victim tries to report the harasser, you hear words, ‘do not get caught up in a scandal … shame will be on you.’”

And if the victim is Christian or does not wear a hijab, then blame is placed on her for failing to “be decent and cover up your body,” she stated.

A 2017 U.N. report would seem to corroborate Madgy’s declarations, revealing that 64 percent of men in Egypt admit to having harassed women on the street and that victim shaming is common in Egypt, even among women themselves.

Eighty-four percent of women surveyed agreed that “women who dress provocatively deserve to be harassed,” the report found.

Many Christian women are even afraid to file reports, Magdy said, because of the discrimination against them by the police themselves, who will side with Muslim perpetrators of harassment.

As an egregious example, Magdy cited the case of Souad Thabet, a 72-year-old Coptic woman who was stripped naked by a Muslim mob in 2016 and paraded around her village in Upper Egypt. None of the perpetrators was sentenced in her attack, she noted.

“Unfortunately, women play a big role in oppressing each other. Religious fanaticism and the claim of virtue make women blame the victim,” she said.