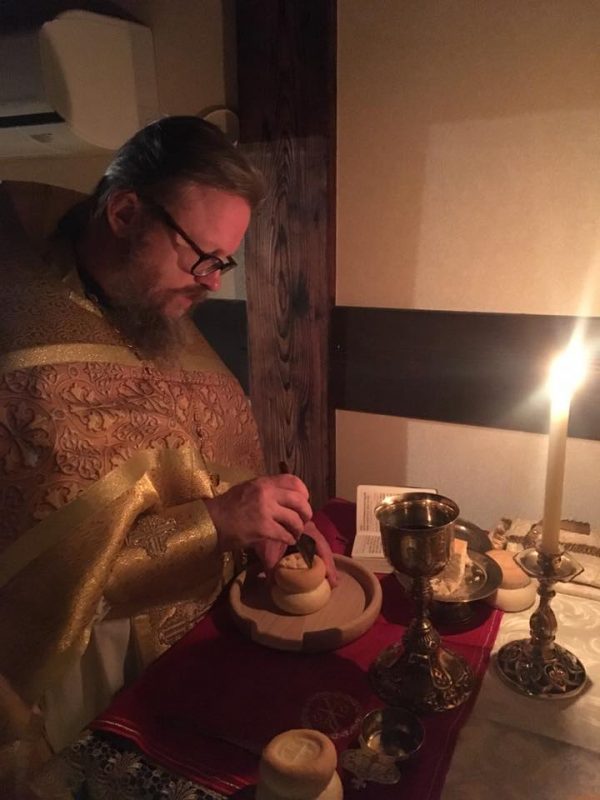 Three weeks after the primate of the Japanese Orthodox Church, His Beatitude Metropolitan Daniel of Tokyo and All Japan, celebrated a moleben of thanksgiving in the new Church of the “It Is Truly Meet” Icon of the Mother of God at the Monastery of St. Nicholas of Japan, the monastery experienced another great spiritual joy.

The monastery, located in the south-central city of Ajiro, reported on its Facebook page yesterday that the first Divine Liturgy in the church was celebrated in the night of November 23 to 24, the day of the memory of St. Theodore the Studite, the great abbot and spiritual guide and defender of icon veneration.

The celebration began at 1:00 AM with the Midnight Office, followed by Matins, the Hours, and the Divine Liturgy. The cycle lasted almost until 5:00 AM. “What else is there to say? The mood after the service was like at Pascha! It was a pity to go to bed,” the message on the monastery’s page reads.

Land for the long-awaited Monastery of St. Nicholas of Japan was purchased in June this year in the south-central city of Ajiro, and on July 3, the brothers of the monastery served the first moleben on the site of the monastery’s future church. The monastery later received an “It is Truly Meet” Icon for their chapel on October 28 and then set up their as-yet unconsecrated altar on November 3. Met. Daniel served the moleben on November 5.