Source: The Telegraph
Homosexual couples in Denmark have won the right to get married in any church they choose, even though nearly one third of the country's priests have said they will refuse to carry out the ceremonies.
Natalya Mihailova | 13 June 2014 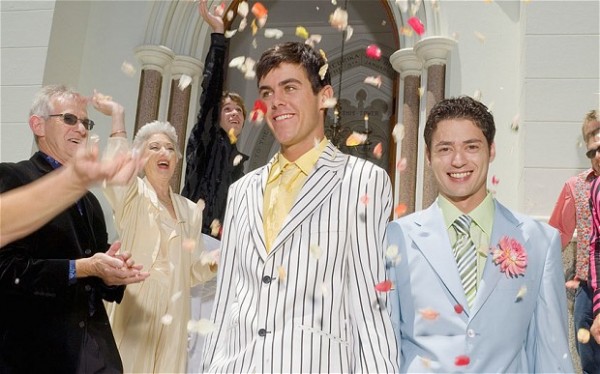 Denmark has been a pioneer in gay rights since 1989, when it became the first country in the world to offer civil unions for gay couples Photo: ALAMY

The country’s parliament voted through the new law on same-sex marriage by a large majority, making it mandatory for all churches to conduct gay marriages.

“I think it’s very important to give all members of the church the possibility to get married. Today, it’s only heterosexual couples.”

Under the law, individual priests can refuse to carry out the ceremony, but the local bishop must arrange a replacement for their church.

The far-Right Danish People’s Party mounted a strong campaign against the new law, which nonetheless passed with the support of 85 of the country’s 111 MPs.

“Marriage is as old as man himself, and you can’t change something as fundamental,” the party’s church spokesperson Christian Langballe said during the debate. “Marriage is supposed to be between a man and a woman.”

Karsten Nissen, the Bishop of Viborg, who is refusing to carry out the ceremonies, has warned that the new law risks “splitting the church”.

“The debate has been really tough,” said Mr Sareen, an agnostic who has pushed hard for the legislation since taking his post last autumn.

“The minority among Danish people, politicians and priests who are against, they’ve really shouted out loud throughout the process.”

The first gay marriages will take place as soon as June 15. This contrasts with neighbouring Norway, where bishops are still debating the correct ‘ritual’ for the ceremonies, four years after a 2008 parliamentary vote in favour of gay marriage.

Stig Elling, a travel industry millionaire and former Right-wing politician, said he planned to marry his partner of 28 years next week.

“We have felt a little like we were living in the Middle Ages,” he told Denmark’s TV2 station. “I think it is positive that there is now a majority for it, and that there are so many priests and bishops who are in favour of it, and that the Danish population supports up about it. We have moved forward. It’s 2012.”

Denmark has been a pioneer in gay rights since 1989, when it became the first country in the world to offer civil unions for gay couples.