Source: Vatican Radio
Natalya Mihailova | 30 September 2016
(Vatican Radio) One of the highlights of Pope Francis’ Apostolic Journey to Georgia is an encounter with the leader of the Georgian Orthodox Church. 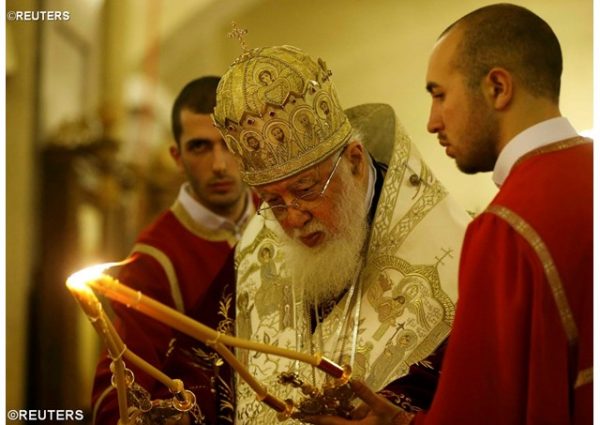 Pope Francis and the Catholicos-Patriarch of All Georgia, His Holiness and Beatitude Ilia II, will meet at the Orthodox Patriarchate of Georgia on Friday afternoon.

His Holiness Ilia II, is also the Archbishop of Mtskheta-Tbilisi and Metropolitan Bishop of Abkhazia and Bichvinta.

On the second day of his visit – Saturday – the Pope will also be visiting the Patriarchal Cathedral of Svetyskhoveli in Mtsketa, one of the most important spiritual venues of the nation.

Hieromonk Mikhail, from the Communications Office of the Patriarchate, spoke of the Georgian Orthodox Church’s expectations for the Pope’s visit.

We hope and believe that the meeting of the leaders of our ancient Churches will always have a positive conclusion. As you know, at a certain point in history, the Catholic Church and the Orthodox Churches lost their unity in prayer and in the Eucharist; that unity that existed before the XI century, and with the Georgian Church until the XII century. Afterwards, internal differences within our confessions began to take shape: we have our Patriarch and the Catholics have their own, we have different beliefs. But these differences should not result in radical stances amongst believers. I believe that this meeting will solve these issues. People can clearly see there is no hostility between us, as between other believers who do not understand the tragedy of the schism and the complexity of reunification. Therefore, we expect this to take us a step further towards the future… Each time, that during the liturgy we pray the first ‘ektenia’, we always pray “for peace in the world, for the good of the holy Churches of God and for the unity for all”. Our prayer is always that the moment may arrive in which the problems that exist between us be resolved, and that – by the grace of God – we may be totally united in Christ. Therefore, this visit is a firm step forward to get closer and to resolve the radical impulses hidden in some faithful. We trust in this.”