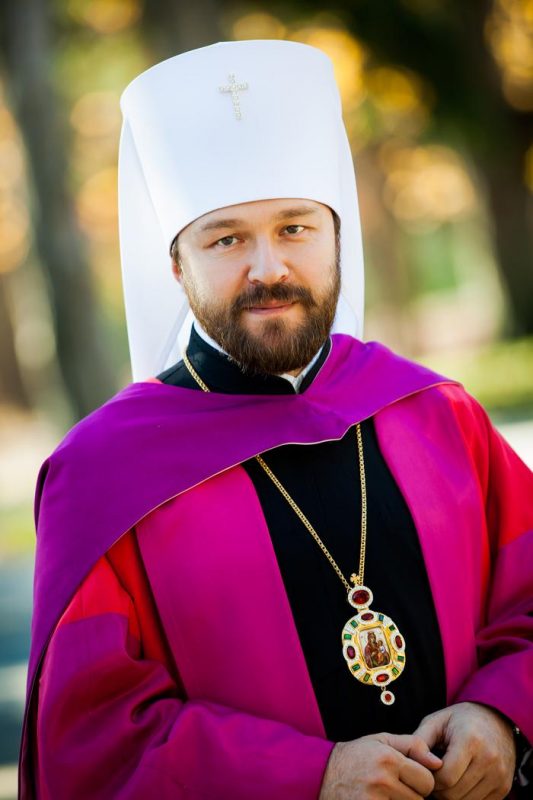 Moscow, May 3, Interfax – Head of the Moscow Patriarchate’s Department for External Church Relations Metropolitan Hilarion of Volokolamsk does not agree with those who believe that Orthodox and Catholic Churches will eventually overcome their division.

“Despite the fact that our faith bases on the similar foundations and almost the same Creed, the Catholics have different teaching about the Holy Spirit. Secondly, for almost a thousand-year history of separate existence we have accumulated many contradictions and disagreements,” he said on air The Church and the World TV program on Rossiya-24 TV, commenting recent statement of Patriarch Bartholomew of Constantinople about inevitable unification of two Christian branches.

He also said that the Russian Orthodox Church considers heretics and persecutors of Orthodoxy some people recognized as saints by the Catholic Church.

“Catholics speak about possible canonization of Cardinal Stepinac. He was a Croatian cardinal, the Catholic Church treats him as saint. However, according to the Serbian Orthodox Church, the cardinal directly participated in genocide of Serbs during World War II,” the hierarch reminded.

Metropolitan Hilarion pointed out to some other arguments, proving that unification of the Churches is impossible in foreseeable prospect. Among them are numerous attempts of imposing the Unia on Orthodox believers during the Crusades and contemporary active anti-Orthodox activities of Uniates in Ukraine.

Most viewed articles
Of Boasting and Modesty89
His Holiness Patriarch Kirill Contracted the Coronavirus81
For My Sake and the Gospel’s78
4th Plenary Session between ROC and Coptic Church Held63
His Beatitude Metropolitan Tikhon Calls for Prayer for Those Facing Hurricanes Ian and Fiona32
Most popular authors
Pravmir.com team142
Archpriest Basil Ross Aden89
Fr. Theodore Stylianopoulos78
Metropolitan Tikhon of All America and Canada32