The Good Samaritan: The Action of Life and Heroism of Love 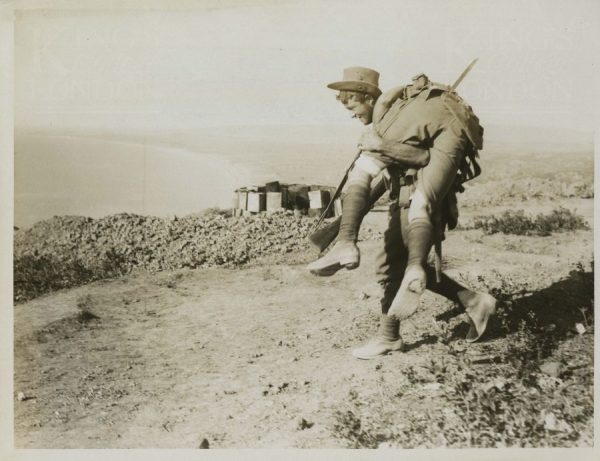 The action of life is the heroism of love. This is the milk that is given in abundance by our Mother Church.

In the life of the Orthodox Church we don’t worship a dogma or some belief. But what we live is a theophany: the revelation of the truth, that God is love.

Out of love, God creates everything. And when humanity fell from love, from communion with God, He did not abandon it. He humbled Himself and saved it.

The God-man our Lord Jesus Christ as you know from the life of the Church, is a revelation of ineffable love for all of creation and the human being. Jesus does not see enemies but friends. He gives no defense to be saved, but sacrifices Himself to save everyone. He even considers friends those who crucify Him. He does not destroy enemies because He doesn’t have any, but abolishes the hatred in humanity. This final victory of peace destroys death, enlivens everyone and resurrects them.

The lighthouse which guides and frees the human being from the ravages of death is the confession by the Apostle of love who said: ‘’we know that we have passed from death to life, because we love the brethren. He who does not love his brother abides in death’’ (1Jn 3:14; cf. Lk 10:27-28). There is a world of difference between thinking about love and loving, between noble thoughts and noble actions. We have enough talk, enough ideas. We need action. We need deeds; not that deeds buy our ticket to heaven, but talk definitely doesn’t. Love is the oxygen of life. It does not divide but unites. It helps everyone improve their behavior, heals the sick and assists people to rejoice in their life.

We don’t breathe life into our souls simply by being informed about different religious views, but by the living examples of those who conquered death, through the sacrifice of love. No soul is nourished with religious informative views, but by the spirit of the heroism of love.

In this pericope is highlighted the consequences of having mere religious information and knowledge, but not being changed by it for the sake of the common good, for the sake of love.

Firstly we see a certain Jewish lawyer, an authority of the Law try to test and justify himself to Jesus about the law. But Jesus does not clarify a point of law. He transforms law to gospel, to truth. One must take the same risks for others, with one’s life and possessions that the Samaritan did! Therefore we see Jesus reverses the question from one of legal obligation (who deserves my love) to one of gift-giving (to whom can I show myself neighbour).

Secondly, we see that the certain Jewish priest and Levite who also represented the teachers of the Law and leadership of the people, followed the letter of the Law but not its Spirit/truth or life giving force (Deut 6:5; cf. Lev 19:18). If love for neighbor meant anything, it meant to care for the sons of your people and not to avoid them. But we see in this pericope that when they saw a Judean stripped, wounded, and half dead lying on the road, they ‘’passed by on the other side’’ (Lk 10: 31-32). They could not be bothered helping their own people for the sake of up keeping their beliefs, their cherished purity regulations! Their theology (belief) and spirituality (life) were disconnected.

Ironically, the Samaritan, a presumed enemy of Jews who was not an expert in the law, is highlighted as the good neighbor because of his loving actions toward the wounded Jew ignored by fellow Jews. When he saw the wounded man lying on the road ‘’he had compassion’’ (Lk 10:34). This is the emotion attributed to Jesus (Lk 7:13). Compassion is not simply a feeling but translates itself into the self-giving that takes risks, that disposes of the self and one’s possessions and then allows the other to leave without clinging to them (Lk 10:35). It is a feeling that transforms you into love, into showing mercy to others.

The Samaritan’s involvement began with his choice to ‘approach’ rather than pass on the other side. He saw, felt compassion, and came closer. So we see the action of life and heroism of love displayed to us by a certain Samaritan. It was the most unlikely person, the illiterate, the hated enemy who is the hero with the human heart.

When Christians who have been raised by the love of the Church show compassion to anyone in immediate need, even a supposed enemy, they witness to their faith. This type of faith is not a mere assertion of the correctness of a certain formal belief. It is a fragrance of a mature human being who has overcome death; and they are – entirely love – according to the likeness of God.

The people, who simply – learn words of love – and the different religious views according to their beliefs, do not offer life. Neither do they educate or form humans; rather they create the confusion which comes from a sterile erudition.

Nothing threatens the one who has as a mode of life, their sacrifice out of love for others. A life that rises from the tomb does not fear anything!

The Orthodox Church has a joy that is stronger than the present life, and a wonder that transcends death. ‘’By this we know love, because He laid down His life for us. And we also ought to lay down our lives for the brethren’’ (1Jn 3:16). 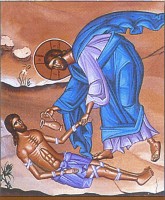 What More Can a Good Samaritan…
Archpriest Daniel Kovalak

We’re all well aware of the urgent and genuine needs of our neighbors. And since the… 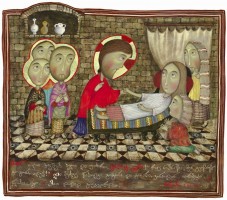 Hope Beyond Hope: On Raising of…
Metropolitan Anthony of Sourozh