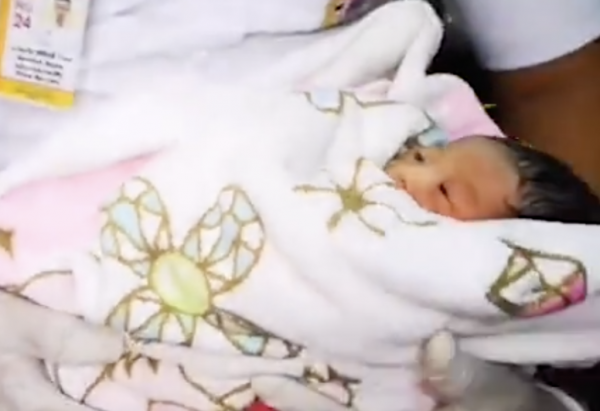 A newborn baby was recently rescued by a group of good Samaritans who found him abandoned in a plastic bag behind a building in Bangkok, Thailand.

The discarded baby was discovered by a passersby who heard crying, according to a report from The Daily Mail. After finding the infant, who was dressed in baby clothes, they flagged down authorities.

Police are still reportedly trying to track down the baby’s parents. He was taken to a nearby hospital, where he is believed to be doing well.

Jackchai Banyensakul of the Ruamkatanyu Foundation, a charity organization that provides ambulance services, told the Mail that, if someone had not found the baby when they did, “he could have died.”

“There was a very similar case in the area a few months ago but it was too late to save the baby,” he recalled. “[This baby] was still strong and healthy, so physically, he should be OK now. The nurses are taking care of him.”

Banyensakul said local authorities will use closed-circuit TV footage “to identify anyone connected to the boy.”