Patriarch Kirill Begins His Visit to the Albanian Orthodox Church 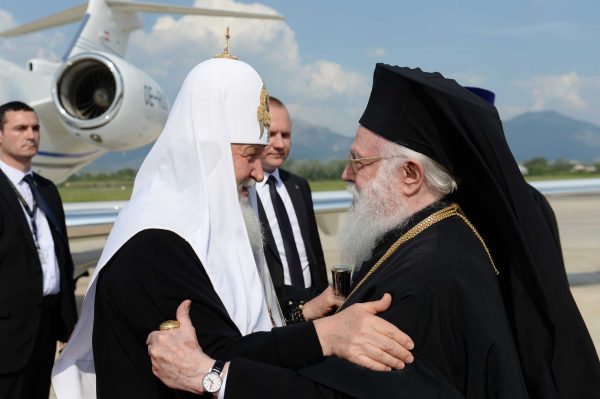 April 28, 2018 – His Holiness Patriarch Kirill of Moscow and All Russia has arrived in the Albanian capital city of Tirana.

At Mother Teresa Airport the Primate of the Russian Orthodox Church was met by His Beatitude Anastasios, Archbishop of Tirana and All Albania, members of the Holy Synod of the Albanian Orthodox Church, Russia’s ambassador to Albania V. Karpushin and other officials.

From the airport, the Primates of the Russian and Albanian Churches proceeded to the Cathedral of the Resurrection in Tirana.