Hieromonk Stephan (Igumenov): The Statement of Pope and Patriarch is Evidence that the Tragedy of Christians in the Middle East Resonates in the Hearts of the Faithful

The current meeting is important in terms of the future development of contacts between the Roman Catholic and Constantinopolitan Churches.
Hieromonk Stephan (Igumnov) | 29 May 2014
May 27, 2014. PRAVMIR. On evening of May 25, 2014, on the premises of the Apostolic nuncio to Jerusalem, Patriarch Bartholomew I and Pope Francis signed a joined declaration during a private meeting 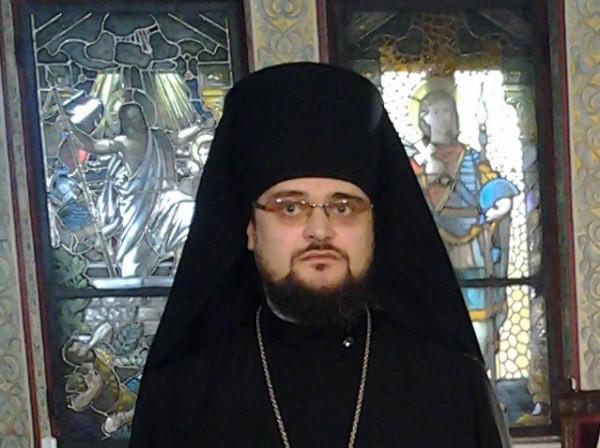 Hieromonk Stephan (Igumenov), Secretary for Inter-Christian Relations of the Department for External Church Relations of the Moscow Patriarchate, shared his opinion on the importance of this declaration:

“The current meeting is important in terms of the future development of contacts between the Roman Catholic and Constantinopolitan Churches, which are implemented in the mainstream of Catholic-Orthodox cooperation. It should be understood that, according to Orthodox tradition, the Patriarch of Constantinople is not the “Head” of all Orthodox, like the Pope in the Catholic world, but only the first in honor among his peers in dignity and authority among the heads of other Orthodox Churches. In the given case, his participation in negotiations with Pope Francis and the opinion voiced therein cannot be regarded as expressing the views of all the Orthodox Churches, inasmuch as His Holiness, Patriarch Bartholomew has not adequately informed his fellow Primates on an official basis about his intentions.

“The outcome of the meeting of Pope Francis and Patriarch Bartholomew was the promulgation of a joint statement in which, in particular, the important role of the Joint Commission for Theological Dialogue between the Orthodox and Roman Catholic Churches is stressed and cooperation on important issues such as the protection of the family and human dignity, environmental protection, and the fight for social justice are among topics that are on the main agenda of the current Pontiff.

“It is noteworthy that the interlocutors have expressed their concern about the situation in the Middle East and the plight of Christians in the region. This problem is now of paramount importance and is the subject of systematic peacekeeping efforts by the Russian Orthodox Church, which constantly raises its voice in defense of the persecuted Christians in the East.

“Appropriate steps have also been taken on the inter-Orthodox level: it is enough to recall the joint statement signed in July 2013 by Heads and representatives of the Local Orthodox Churches in Moscow, the main theme of which was the situation of Christians in the Middle East, as well as the joint appeal of His Holiness, Patriarch Kirill of Moscow and All Russia, and His Beatitude, Patriarch John X of Antioch and All the East to the participants of the International Conference on Syria “Geneva-2” during the visit of the Patriarch of Antioch to Moscow in January 2014. The current joint statement of Pope Francis and Patriarch Bartholomew can be seen as evidence that the tragedy of Christians in the Middle East resonates in the hearts of the faithful around the world.”

Most viewed articles
Restoring Our Humanity Through the Eucharist134
On the Dormition Fast97
Dormition Fast: Lesson on Silence43
Faith and Moral Freedom32
Patriarch Kirill: “The Memory of the New Martyrs will Help Us to Be Faithful to Christ amid Modern Temptations”25
Patronal Feast Celebrated in St. Anna Convent in Vashkivtsi18
Most popular authors
Pravmir.com team141
Fr. Gabriel Bilas134
Metropolitan Anthony (Pakanich)43
Archpriest Michael Gillis32