Patriarch Theophilos III: God Chose the Primate of the Ukrainian Church to Overcome the Schism 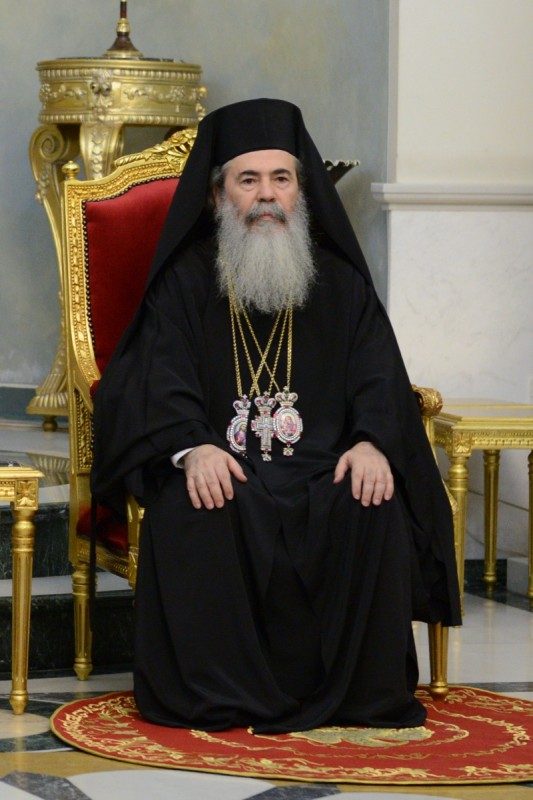 The Primate of the Orthodox Church of Jerusalem believes that His Beatitude Metropolitan Onufry of Kiev and All Ukraine is the one who will handle the difficult situation in which the Ukrainian people have found themselves today.

God chose His Beatitude Metropolitan Onufry – the most suitable man for the complicated situation in which the Ukrainian people have found themselves today, and he will have strength to overcome the schism in Ukraine, His Beatitude Patriarch Theophilos III of Jerusalem said during his meeting with an official delegation of the Ukrainian Orthodox Church.

His Beatitude’s meeting with the members of the delegation led by Metropolitan Anthony of Borispol and Brovary, chancellor of the Ukrainian Orthodox Church, took place on 6 April 2018, website of the Union of Orthodox Journalists reports.