Source: Union of Orthodox Journalists
Patriarch Bartholomew rejected the proposal of the Primate of the Antioch Orthodox Church to hold a pan-Orthodox discussion of the religious situation in Ukraine.
Pravmir.com team | 04 March 2019 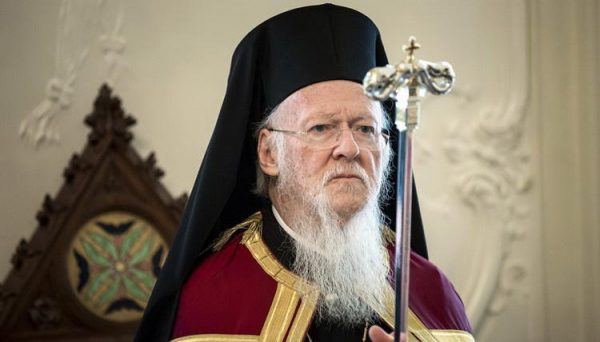 Patriarch Bartholomew called the discussion of the religious situation in Ukraine “useless” and reminded the Primate of the Antiochian Church of his refusal to participate in the Crete Council of 2016, which Constantinople had been prepared for a long time.

“After the four Orthodox Churches, from a church and theological point of view without a reason, refused to be present at the Ecumenical Sacred Council, for which there are no excuses, and your ancient Church was one of them, the Ecumenical Patriarchate has good reasons to refrain from such a meeting at the pan-Orthodox a level that will be useless since it will only lead to the agreement that the participants will disagree with each other,” wrote the Patriarch of Constantinople.

According to him, the autocephalous nature of the OCU became a reward for the Church of Ukraine, and the Phanar returned “to the fold of the canonical Church” the members of the UOC KP and the UAOC who were “unfairly” outside it. At the same time, Patriarch Bartholomew assures that he returned the schismatics to the bosom of Orthodoxy exclusively “following church traditions and canons”. Also, the head of the Phanar recalled that he acted “without his interest or pressure”.

The Ukrainian Orthodox Church and its Primate, His Beatitude Metropolitan Onufry of Kiev and All Ukraine were not mentioned in the letter by Patriarch Bartholomew.

As early as October 6, 2018, the Synod of the Antioch Patriarchate called for the convening of an extraordinary Assembly of Orthodox Churches on granting autocephaly to Ukraine. The members of the Synod were confident that a one-sided analysis of the situation serves not Orthodox unity but disunity in the Church. The Patriarchate of Constantinople ignored the call of the Church of Antioch on the Ukrainian question and decided to grant the Tomos unilaterally.

On January 29, 2019, during a meeting with Patriarch Kirill of Moscow and All Rus in Moscow, the Primate of the Antioch Church declared his disagreement with the fact that attempts are being made to unilaterally solve a number of church problems that lead to the division of the entire Orthodox world. “We have urged and continue to urge the Ecumenical Patriarch and other higher clergy to solve the existing problems, including the problems that our fraternal Russian Orthodox Church faces now, through dialogue, through negotiations, through ordinary conversation,” the hierarch noted.

Besides the Patriarchate of Antioch, the Primates and Synods of the Polish, Serbian,Cypriot, Romanian Local Churches, as well as the Church of the Czech Lands and Slovakia stated the need to convene a Pan-Orthodox Council on the Ukrainian issue.