There was a snow storm in the Chelyabinsk region. An emergency regime was declared in eight districts. Cars went in a ditch, stalled, and got stuck in snow after drifting on the roads. Not only employees of the Ministry of Emergency Situations and the police, but also ordinary people helped those who got stuck in the snow.

A children’s hockey team got stuck in a traffic jam of more than fifty cars near Yuzhnouralsk. The bus sat in the traffic jam for more than six hours, the wind was getting stronger, and the fuel was running out.

“My friends and I made three trips, each taking an hour and a half, even more. I arrived home at half past six in the morning, and everyone had already been transported,” said one of the participants in the rescue operation, Nikolai Daineko.

By morning, all those who got stuck were evacuated. There were no casualties.

A driver and passenger of a Niva helped an ambulance paramedic to rescue a patient with a heart attack in Magnitogorsk.

On the night of February 24, an ambulance was unable to drive to the emergency room due to snow drifts. The patient had to urgently receive assistance in the hospital, but the doctors could not get to the hospital. There was no one to turn to late at night.

Fortunately, a Chevrolet Niva car was passing by. The men who were in it offered to help the ambulance get through the snowdrift using a rope.

Later, one of the ambulance doctors thanked the young people on social networks.

Over 1.5 thousand people were evacuated in the south of the Chelyabinsk region in one day. Some of them were sent to temporary accommodation centers organized in schools and kindergartens.

Many local people said they were ready to host victims. People posted ads on social networks, leaving their phone numbers.

“Mostly visitors need help, we have a lot of them, since there is a regional highway here. I consulted with my wife and decided that we can accommodate people,” one of the volunteers, Aydar Dautov, told Good News.

Volunteers compile lists of everyone who got at the accommodation points and publish them in the Legion-SPAS MGN community. Likewise, they go out in their cars to help those who got stuck and supply people with food. 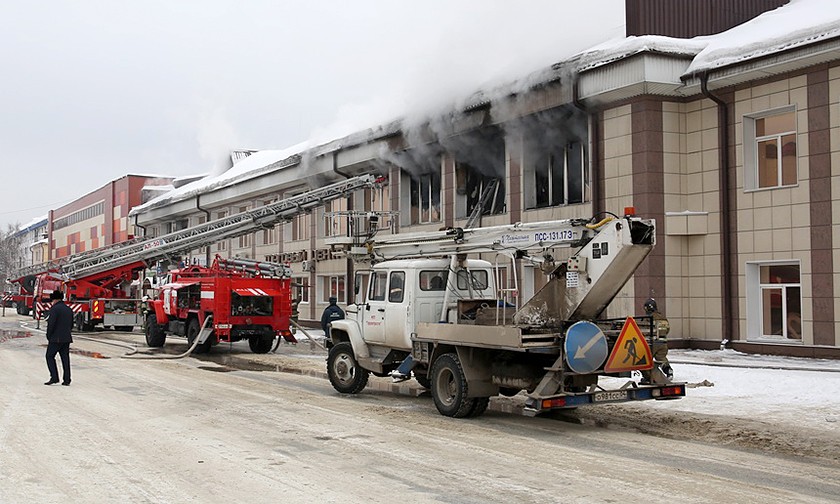 A fire in the Tkatsky shopping center in Gorno-Altaysk occurred on the morning of February 24. The two-story building was quickly engulfed in flames. Some visitors were able to leave it on their own, but several dozen people were blocked on the second floor and could not get out.

The driver of the shuttle bus No. 125 Vitaliy Denisyuk saw the smoke, quickly got his bearings and drove his bus to the windows of the second floor. The people who were in the burning building were able to climb onto the roof of the bus and escape.

“I just turned the bus around, backed it up so that people could get down. I think everyone should do this if there is an opportunity,” Vitaly told the PRO Altai public.

Thanks to the timely actions of Vitaly, it was possible to evacuate people and avoid casualties.

Vitaly has been driving for 20 years, including seven years as a bus driver. He does not consider his act to be heroic. In his opinion, anyone who had the opportunity would do this.

“The people who came running with the ladders are the real heroes. They should be found and thanked,” said the driver.

Maxim Fedin, a local poet, dedicated a poem to Vitaly Denisyuk. He called the driver “Hero of Our Time” and suggested rewarding him. The Ministry of Emergency Situations in the Altai Republic has already announced that Vitaly Denisyuk will be awarded for his brave act.

Medical student from Surgut saved the life of a pensioner 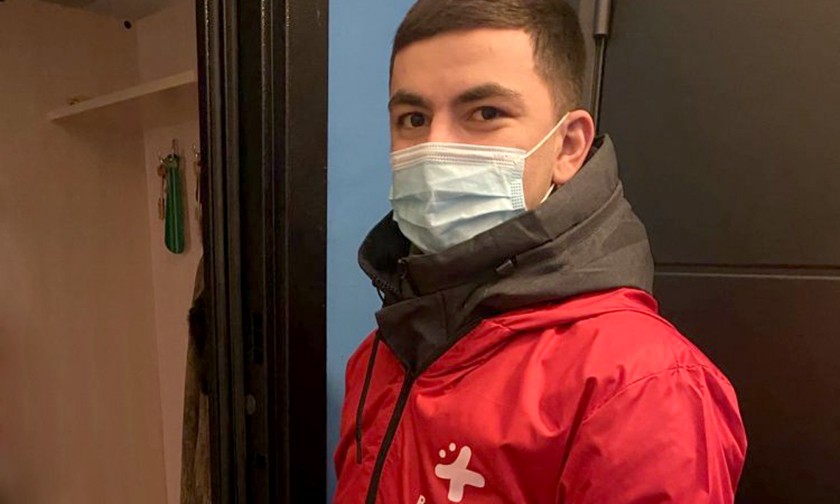 Nazim Mammadov studies at the Surgut State University. In his free time, he volunteers, helping the elderly. Since the start of the pandemic, he has joined the ranks of the Humanitarian Volunteer team.

Recently, he received a call from a pensioner, Tatyana Pyankova. She asked him to buy groceries. After class, the young man went to the store. From there he called her back to clarify if he needed to buy something else, but she did not answer. Nazim was worried and hurried to the pensioner’s home.

When he arrived, Tatiana’s daughter opened the door. The pensioner was lying on the bed in blood. The future physician was not at a loss, but, having called an ambulance, began to provide the woman with first aid.

Thanks to his actions, Tatiana was saved. She was later hospitalized with a concussion and a deep cut in her leg.

The woman herself hardly remembers what happened. The student assumes that her blood pressure dropped, which is why she lost consciousness, and when she fell, she broke a plate and was injured by a splinter. Now her health is not threatened.

“The fact that I helped her is nothing special. Everyone should have done it. Perhaps, in modern society, people start to forget about others in the hustle and bustle, that’s why attentiveness is so surprising,” Nazim said in an interview with Ugra-News.

Most viewed articles
On Why We Must Reproach Ourselves112
Look What I Have Done!108
Metropolitan Hilarion Visits a Russian Church under Construction in Cyprus96
A Regular Session of ROCOR Synod of Bishops Held in New York85
The Healing by the Pool of Bethesda77
Metropolitan Hilarion of Volokolamsk meets with Archbishop Chrysostomos of Cyprus76
Church of Martyrs and Confessors of Communist Prisons to be consecrated in Târgu Ocna57
Metropolitan Hilarion meets with leaders of a major inter-Cristian humanitarian organization47
Patriarch Porfirije: There is No Peace without Peace with God and the Desire to Live According to God’s Commandments46
Life Savers9
Most popular authors
Pravmir.com team350
St. Dorotheos of Gaza112
Fr. Stephen Powley108
Fr. Theodore Stylianopoulos77
Ștefana Totorcea57
Archpriest John Moses (+2019)9