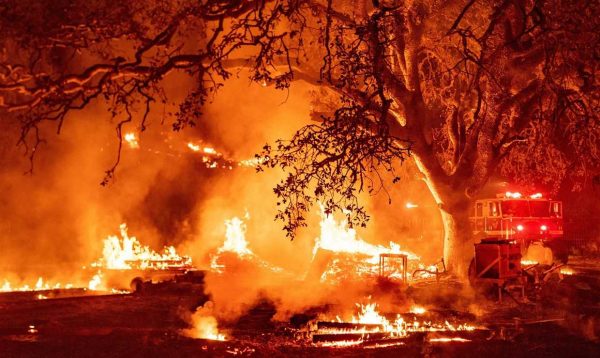 An Orthodox priest rescued two people from a building engulfed in flames in Constanţa. Assisted by two off-duty firefighters, father Gică Silitră took a 60-year-old woman in his arms and evacuated a 65-year-old man.

The two people are parishioners of the church pastored by Fr Silitră, which is in the vicinity of the buildings on Iederii Street (Constanta district Km 4-5), which caught fire Tuesday evening.

“The church is close to the scene, and after the evening service, the faithful who were at the church announced to me: Father, there is smoke outside. I went out and saw that nuisance in our parish and I went to help with what was needed,” the priest declared for a local publication.

Father Gică did not imagine that he would play an essential role in the rescue operation.

“I didn’t think we would end up saving lives,” the father said.

“Arriving there, being few people, the firefighters were not yet on the spot. A young man was trying to help, and I jumped to the rescue. I climbed on the roof of the neighbouring house. I saw in the house engulfed in flames two older people, being close to the parish, I knew them. Then I went up with the other young men who were there, and I took them out of the house full of flames,” said the priest.

“Father Gică went in there and took them out in his arms. Otherwise, they had no chance, given the flames that were there. No, no, no! What a flame! They had no chance! Absolutely not!”
– witness

One of the victims did not need medical care at the hospital. However, the man had burns on approximately 25% of his body surface and was transported to the Emergency Department of Constanţa County Hospital. His condition is stable.