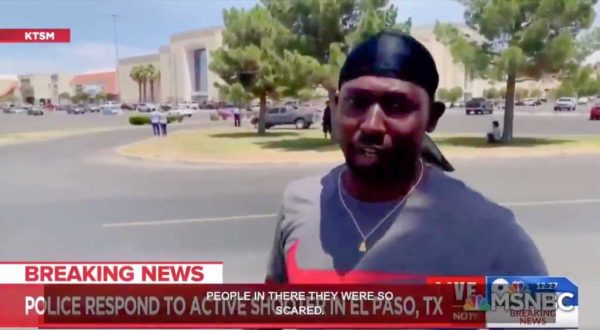 A witness to the mass shooting at the El Paso Walmart risked his own life to save kids caught in the crossfire on Saturday.

U.S. Army Specialist Glen Oakley was at Foot Locker when a child ran in shouting that a shooter was in Walmart.

After hearing gunfire, Foot Locker closed its front gate, but Oakley and other shoppers lifted the gate to escape.

While making his way to safety, he saw a group of frightened children and stopped to help them.

“I tried to make my way to the parking lot and I see a whole bunch of kids just running around without their parents so I’m trying to pick them up as many as I can and just run out. They were so anxious and jumping out of my hands so I just made my way out,” he told local NBC affiliate, KTSM.

Even though he was shaken from the incident, Oakley continued to carry the terrified children to safety.

When most people were running away, this hero stayed to see that innocent children were out of harm’s way.