IOCC Ministers in the Middle East: Gaza and Syria

Source: Antiochian Orthodox Christian Archdiocese of North America
In the Gaza Strip, the most intense violence in nearly two years has claimed over 100 lives, including 23 children, injured more than 800 people, leaving families with damaged and destroyed homes.
Natalya Mihailova | 21 July 2014 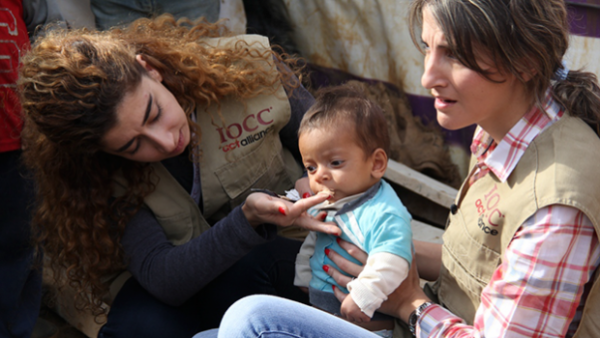 The International Orthodox Christian Charities (IOCC) continues to alleviate the suffering caused by the ongoing strife in the Middle East, both in the new conflict that has arisen in Gaza, and in Syria, where people have lived for several years under civil war. (Donate through the IOCC’s online portal.)

In the Gaza Strip, the most intense violence in nearly two years has claimed over 100 lives, including 23 children, injured more than 800 people, leaving families with damaged and destroyed homes. IOCC representatives are assessing the emerging humanitarian needs of those caught in the conflict, notes the article “IOCC Mobilizes to Provide Urgent Relief for Families Caught in Gaza Conflict.”

An article about malnourished Syrian children in Lebanon’s refugee camps notes that “since January, IOCC has screened more than 13,000 Syrian refugee children for malnutrition and provided treatment to those in need of emergency nutrition. IOCC’s health workers are also taking preventive measures with new mothers…by counseling them on the importance of emergency nutrition and breastfeeding for their young children.”