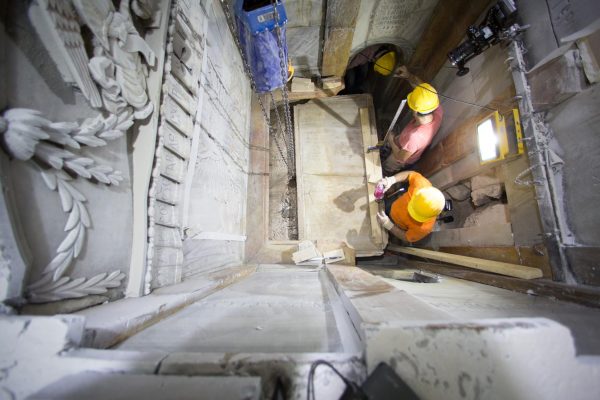 At the Church of the Holy Sepulchre in the Old City of Jerusalem, conservators carefully excavated the tomb which is thought to belong to Jesus Christ. Since at least 1,555 AD, the tomb has been completely sealed off, and for many other centuries earlier, most likely.

Inside, the mixed bunch of researchers, conservation experts, and clerics discovered a marble casing with a cross carved into it, which likely dates from the Crusader era. Then, excavating further, they also came across the original rock wall of the tomb.

“It will be a long scientific analysis, but we will finally be able to see the original rock surface on which, according to tradition, the body of Christ was laid,” said Fredrik Hiebert, archaeologist-in-residence at the National Geographic Society.

“I’m absolutely amazed. My knees are shaking a little bit because I wasn’t expecting this,” he told Nation Geographic which partially funded the expedition and was also the first to break the story. 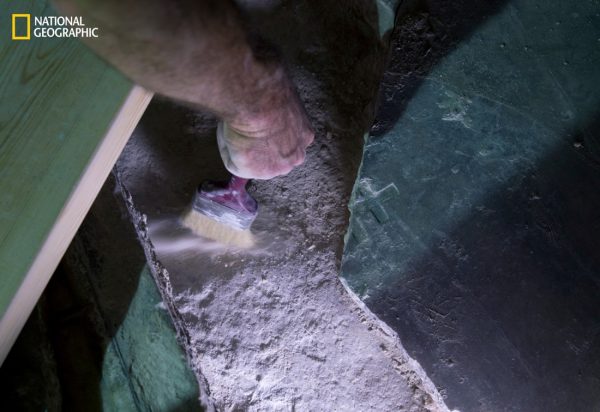 An expert carefully brushes away loose dust and dirt from the original limestone that’s said to be the tomb of Jesus Christ. The small cross was etched during the Crusades. Credit: ODED BALILTY / NATIONAL GEOGRAPHIC

Sometime between 30 and 33 A.D., Jesus’ crucified corpse is said to have been laid on a ‘burial bed’ sculpted from the side of a limestone cave. According to the Bible, the cave was sealed off by a boulder but when a group of women came to anoint Christ’s body three days after he was buried, there were no remains to be found — he had resurrected, Christian faith has us believe.

For centuries afterward, there are no records of Jesus’ tomb. The mist starts fading in 326 A.D. when Helena, the mother of the Christian Roman emperor Constantine, asked the locals in Jerusalem to guide her to the tomb of Jesus Christ. Christian tradition says that she ordered excavations be made around a limestone cave around which 1st and 2nd centuries graves were dispersed. She and company not only got inside the cave, but found three crosses and iron nails.