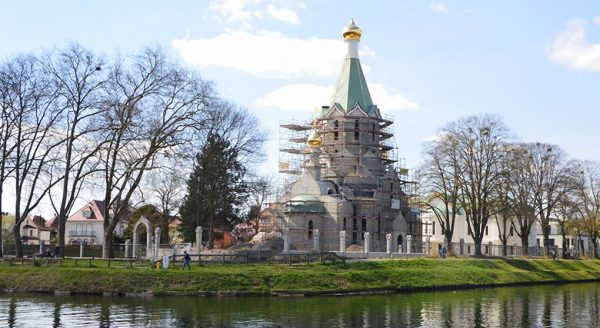 The ceremony will be chaired by the rector of the church and the Moscow Patriarchate’s representative to the Council of Europe Hegumen Philip (Ryabykh) and Strasbourg mayor Roland Ries, the parochial press service reports on Monday.

The center will house the Representation of the Russian Church to the Council of Europe, a conference hall, residential and utility premises.

Golden dooms made in Moscow were set up on All Saints Church in March.

The idea of building the church appeared after establishing the Parish of All Saints in 2003 and the Representation of the Russian Church at the Council of Europe in 2004. It took several years to negotiate with the city authorities on allotting land, to work out the project of the church, to register all necessary administrative and engineering documents.