Natalya Mihailova | 18 April 2017
A person can really penetrate the mystery of the fall of the first man, the mysterious meaning of the redemption of all creation and the great victory of Christ over the powers of evil only when imprisoned in a Soviet concentration camp for their religious beliefs. 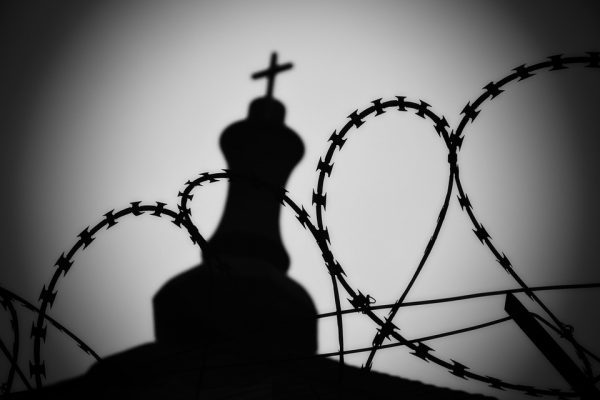 Only when suffering for the ideals of the Gospel do we comprehend our sinful weakness and our unworthiness compared to the great martyrs of the Christian Church of the first centuries.  Only then do we perceive the absolute necessity of deep humility and submission in the absence of which we cannot be saved; only then do we begin to distinguish the passing image of what is visible and the eternal life of the invisible.

On the day of Pascha, all of us who had been incarcerated for our religious beliefs were united in the one joy of Christ.  Exalting the eternal God, we all were filled with the same feeling, the same spiritual triumph.  There was no triumphant Paschal liturgy with the ringing of the bells, there was no opportunity for coming together for worship, for dressing differently for the feast, for preparing Paschal dishes.  Instead, there was even more work and even more interference than usual.  All who were imprisoned here for their religious beliefs, for different doctrines were surrounded by even more spying, even more danger from the secret police.

Nonetheless, there was Pascha there – a great, spiritual, unforgettable Pascha.  It was sanctified by the presence among us of Christ Himself, it was sanctified by the quiet stars of Siberia and our sorrows.  How joyfully our hearts beat when participating in the Great Resurrection!  Death has been vanquished – there is no more fear – we have been granted an eternal Pascha!  Filled with this extraordinary Pascha, we send you triumphant and joyful news from the prison camp, Christ is Risen!

(A letter from a Soviet concentration camp)