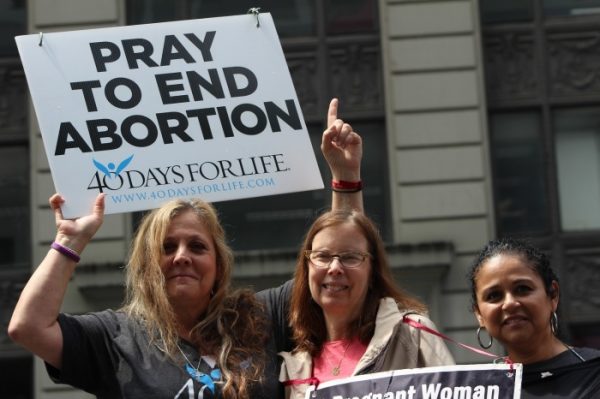 Abortion survivor Cindy Fiore (L) stands with Ann Migliore (C) and another supporter at the 'Alive From New York' event hosted by Focus on the Family in Times Square New York City on May 4, 2019. | The Christian Post/Leonardo Blair

Louisiana’s legislature passed a bill that bans abortions once a fetal heartbeat is detected, putting it one step closer to becoming law.

Senate Bill 184, which would ban abortions as early as six weeks into a pregnancy, passed the Louisiana House of Representatives on Wednesday in a vote of 79 to 23. Earlier this month, the bill passed the state Senate by a vote of 31 to 5.

Democratic Governor John Bel Edwards has indicated that he plans to sign SB 184 into law when it reaches his desk, despite objections from national party leaders.

“In 2015, I ran for governor as a pro-life candidate after serving as a pro-life legislator for eight years,” said Edwards in a statement, according to CBS News.

“As governor, I have been true to my word and my beliefs on this issue. But it is also my sincere belief that being pro-life means more than just being pro-birth.”

Introduced by Democrat Senator John Milkovich of Shreveport, SB 184 prohibits abortion in most circumstances for unborn babies once they have a detectable heartbeat.