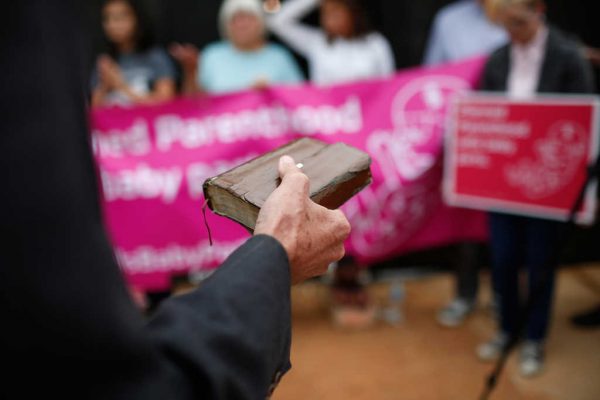 Back in May, Georgia Gov. Brian Kemp signed the Living Infants Fairness and Equality (LIFE) Act into law, prompting backlash from pro-abortion opponents in Hollywood, Washington, and most recently, the courts.

On Tuesday, a federal judge appointed by President Barack Obama temporarily blocked the legislation, also known as HB 481, or the “heartbeat bill,” which outlaws abortion once a child’s heartbeat is detected in the womb — usually between six and eight weeks’ gestation. The law was set to take effect Jan. 1.

In an order issued Tuesday, Judge Jones expressed his confidence that the challenge to the law is likely to succeed given current U.S. Supreme Court precedent, which has “repeatedly and unequivocally” upheld Roe v. Wade.

“The federal district court today fulfilled its oath to uphold and defend the Constitution,” ACLU of Georgia Legal Director Sean J. Young told the Atlanta Journal-Constitution Tuesday. “This abortion ban has been unconstitutional from start to finish, and today is a victory for the dignity of women throughout Georgia.”

Kemp spokeswoman Candice Broce said in an email Tuesday that the governor’s office is reviewing the decision, but that they “remain confident in our position.”

“We will continue to fight for the unborn and work to ensure that all Georgians have the opportunity to live, grow, and prosper,” she wrote.

Though discouraging, the court’s challenge is just the latest of many hurdles the law has faced since it was first introduced earlier this year.