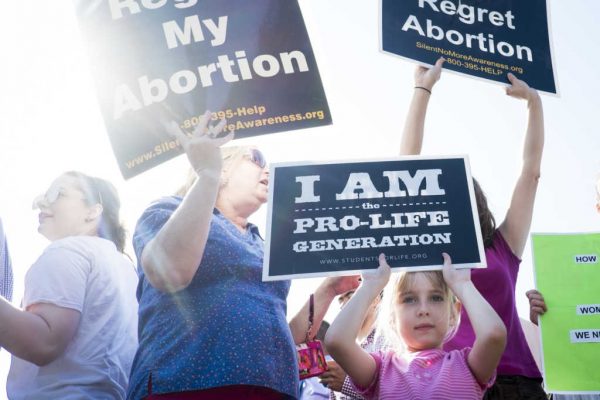 A newly published survey from the Knights of Columbus and Marist has determined the vast majority of Americans — 76% of them — support “significant restrictions” on abortion access.

According to the poll, 77% of respondents said they either “oppose” or “strongly oppose” the use of taxpayer dollars to support abortion internationally.

The poll, which surveyed 1,173 American adults from Jan. 11 to 13, found that 53% of respondents identified themselves as pro-choice. By contrast, 43% said they are pro-life. Within those two groups, 20% of Democrats said they consider themselves pro-life while 78% of Republicans said the same.

Americans are, according to the survey, also very united over aborting babies diagnosed with Down syndrome. Seventy percent of the poll’s respondents said they are against aborting a baby based solely on such a prenatal diagnosis. Even 56% of those who identify as “pro-choice” said they either “oppose” or “strongly oppose” abortion based on a potential Down syndrome diagnosis.

Earlier this week, South Dakota Gov. Kristi Noem (R) introduced legislation in her state to ban abortions based solely on Down syndrome diagnoses.

“Amidst the harsh political divides in our country, clear bipartisan majorities support abortion restrictions and do not want their tax dollars paying for abortion abroad,” said Carl Anderson, the supreme knight of the Knights of Columbus. “Our polling has shown consistently over the past decade that policies that promote abortion on demand paid for by taxpayers are divisive and out of step with American public opinion.”

Dr. Barbara Cavalho, director fo The Marist Poll, similarly surmised there is “a strong consensus” among Americans who have a distaste for the use of tax money for abortion services.