Source: DECR
A business meeting of the Commission of the Ukrainian Orthodox Church on dialogue with Ukrainian communities outside ecclesial communion took place at the Assumption Laura of the Caves in Kiev
Natalya Mihailova | 29 March 2014 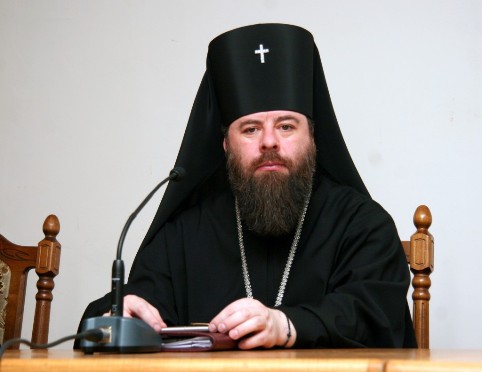 Archbishop Mitrofan of Lugansk and Alchevsk

The participants underscored that dialogue presupposes the end of hatred and religious confrontation. Any dispute between the communities of the Ukrainian Orthodox Church and the communities of other churches must be solved by peaceful means. The inadmissibility of dialogue under pressure of any political force was noted.

Members of the Commission restated that dialogue is aimed at the overcoming of church divisions in Ukraine and added that in their work they take guidance from the position of the Holy Synod of the Ukrainian Orthodox Church voiced on 24 February 2014: ‘Schism must be overcome through a balanced and competent dialogue that should be conducted on the basis of Orthodox Canon Law.’