Source: Interfax-religion
Natalya Mihailova | 24 September 2016
Moscow, September 23, Interfax - The overcoming of the schism in the Ukrainian Church must be free from political conjuncture, according to Metropolitan Onufry of Kiev and All Ukraine. 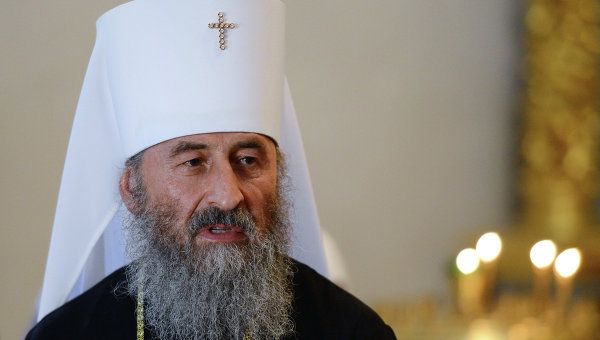 “Politicians sometimes misunderstand the nature of the Church. The path towards unification of the Orthodoxy in Ukraine requires patience, the political conflict is hampering this process,” the metropolitan said at a meeting with Swiss diplomats at the Kiev Laura of the Caves.

The Ukrainian Orthodox Church of the Moscow Patriarchate (UOC) is open to those currently in the schism there are ways towards unification but they must not depend on the political conjuncture, the Ukrainian Church leader was quoted by a UOC spokesperson as saying on Friday.

Today, the UOC remains the main link connecting residents of the war-torn eastern regions of Ukraine and people living in the rest of the country, he said.

On June 16, Verkhovnaya Rada approved an appeal to Patriarch Bartholomew of Constantinople to issue a tomos (decree) on an autocephaly of the Orthodox Church in Ukraine and invalidate a 1686 act whereby the Kiev Metropolia was made part of the Moscow Patriarchate ostensibly “in violation of the canons.” Constantinople never replied to the appeal.

Ukraine has three active Orthodox religious organizations: the UOC and two Churches that are not recognized in the Orthodox world: the Kiev Patriarchate and the Ukrainian Autocephalous Orthodox Church.

Ukrainian President Pyotr Poroshenko more than once spoke for establishing a local Orthodox Church in the country. One of the goals is to divide the Ukrainian Orthodox Church from the Moscow Patriarchate.