Source: Interfax-religion
Natalya Mihailova | 12 February 2015
Moscow, February 12, Interfax - Metropolitan Onufry of Kiev and All Ukraine has called on all sides to the conflict in eastern Ukraine to stop the bloodshed. 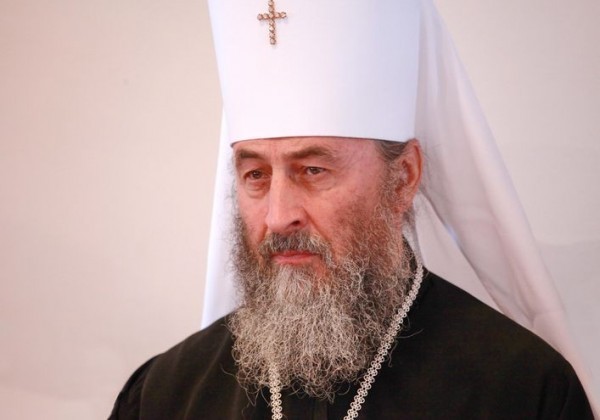 “On behalf of the one-thousand-year-old Ukrainian Orthodox Church, I am urging everyone, who calls himself a Christian, to stop killing one another immediately. Because dozens of totally innocent civilians, women, elderly people and, most horribly, sinless children become victims of hostilities on a daily basis,” the metropolitan said in an appeal released on the occasion of the anniversary of the events at Maidan Square in Kiev (February 18-21, 2014), and posted on the MP UOC website.

The Church, together “with thousands of widows and orphans and inconsolable mothers of the best sons of Ukraine who were killed in the east of our country; together with all the needy and the maimed, together with everyone who lost their home” is praying God for wisdom and Christian love for everyone “who have the power to stop this terrible bloodshed,” the primate said.

“We are tirelessly praying for God to bring long-awaited peace to Ukrainian land,” Metropolitan Onufry stressed.

Given the current domestic situation, the The Ukrainian Orthodox Church has canceled all festive events held by tradition on the Maslenitsa (Mardi Gras) week which falls on February 16-22 this year.

“I am asking representatives of the arts and culture industry, to mass media, to all fellow citizens to join this initiative. Now is not the time for fun and entertainment,” the leader of the UOC stressed.

Most viewed articles
The Authenticity of the Vision of Christ in the Life of Saint Silouan103
How to Deal with Sin90
Epistle of the Council of Bishops of the Russian Orthodox Church Outside of Russia80
The Bulgarian Church Can Canonize Its First Patriarch59
“A New Creation” Through the Cross of the New Adam56
“The models par excellence are the great hesychast saints,” says Romanian Orthodox Bishop of Oradea51
Living with Cunning People6
Most popular authors
Pravmir.com team139
Archimandrite Zacharias Zacharou103
Archpriest Basil Ross Aden90
Priest Philip LeMasters56
Ștefana Totorcea51
Fr. Andreas Agathokleous6