Source: Union of Orthodox Journalists
His Beatitude Metropolitan Onuphry of Kiev and All Ukraine declared that Christians do not wish to pay for earthly blessings with the purity of their faith.
Pravmir.com team | 29 July 2019 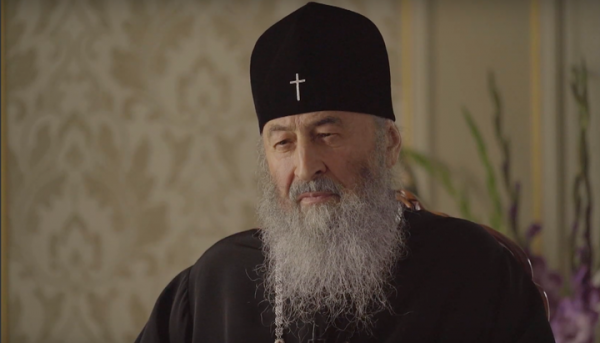 The Primate of the Ukrainian Orthodox Church, His Beatitude Metropolitan Onuphry of Kiev and All Ukraine, in an exclusive interview with Inter TV channel, said that the fight against the UOC is only a part of the general fight against Christ.

In particular, His Beatitude noted that “We (the UOC – Ed.) are a fragment of the global struggle against Christ.”

According to him, at the moment there is “globalization in the world; a big world is being built, a shared global home for all people of the Earth, where there will be no political borders. With the disappearance of these boundaries, many of the problems associated with these boundaries will disappear. And today the Church is challenged to find a place in this global space because, unfortunately, there is no place for Christianity in this new social order.”

Metropolitan Onuphry noted that we, as Christians, “are engaged in securing our rightful place in this space”.

According to His Beatitude, it was “during this struggle that all sorts of ‘Tomos’ appeared and so on. All this is connected with the fight for our rightful space in the world order”.

At the same time, the head of the UOC emphasized that the Orthodox believers want to have “their rightful place in this new big state”.

However, Metropolitan Onuphry stressed, “we don’t want to pay for this with the purity of our faith”.

His Beatitude is sure that Christians cannot agree to what God condemns: “whatever we might be diectly or indirectly offered – we should remain a Christian and reject the things condemned by God. How will I be a Christian if I do what Christ forbids? I will be an empty bubble!” concluded the Primate of the UOC.