Mhardeh Threatened with Forced Expulsions after the Example of Mosul: The Orthodox Patriarchate Will Not Keep Silent

Source: Notes on Arab Orthodoxy
Information from clergymen coming from Mhardeh indicates a state of alert and a general mobilization of the people of the two towns following reports from the Hama countryside about the advance of Islamist forces toward the vicinity of the two cities and clashes with the lines of defense and barricades set up by residence in order to defend their existence and prevent a repeat of the expulsions and acts of revenge that happened in Mosul.
Natalya Mihailova | 01 August 2014 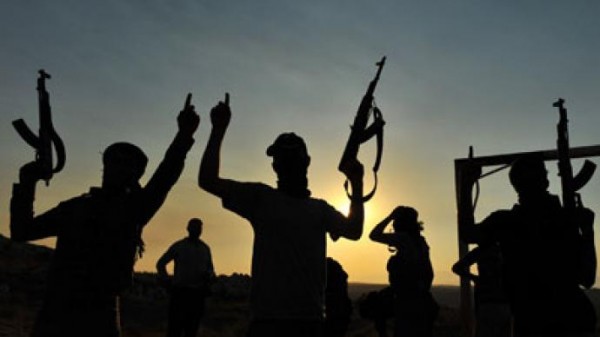 The fierce position taken by Greek Orthodox Patriarch of Antioch and All the East John X regarding Western intervention in Syria is justified, especially in light of information coming from Northern Syria regarding the attempt of armed Islamist units belonging to the Syrian opposition to isolate the city of Mhardeh, hometown of Patriarch Ignatius IV Hazim of thrice-blessed memory, and the town of Suqailabiyeh, both located in the Hama countryside near the entrance to the Alawite Mountains.

Mhardeh and Suqailabiyeh constitute one of the largest agglomerations of Greek Orthodox Christians in Syria, with an estimated combined population of 100 thousand people. They contain a dozen churches as well as civil and ecclesiastical economic, social and educational institutions.

Information from clergymen coming from Mhardeh indicates a state of alert and a general mobilization of the people of the two towns following reports from the Hama countryside about the advance of Islamist forces toward the vicinity of the two cities and clashes with the lines of defense and barricades set up by residence in order to defend their existence and prevent a repeat of the expulsions and acts of revenge that happened in Mosul. The information confirms that residents were able to repel the attackers who resorted to rocket and artillery strikes on the two cities, where alarms were sounded.

Sources informed about what is happening confirmed that the Orthodox Patriarchate is moving toward escalating its positions in the face of what is happening and that it will not accept for the crimes  of Mosul to be repeated in Mhardeh or any other place. It will not keep silent about this matter and any silence regarding the unprecedented religious cleansing against Christians is highly suspicious.