Natalya Mihailova | 28 February 2017
On the 170th anniversary of the establishment of the Russian Orthodox Church’s representation in the Holy Land, a molieben of thanksgiving and a requiem service for the late heads of the Russian Ecclesiastical Mission and for all the brethren and sisters who had worked there were celebrated at the Church of the Holy Martyr Alexandra the Empress in Jerusalem. Archimandrite Alexander (Yelisov), head of the Mission, officiated at the services. 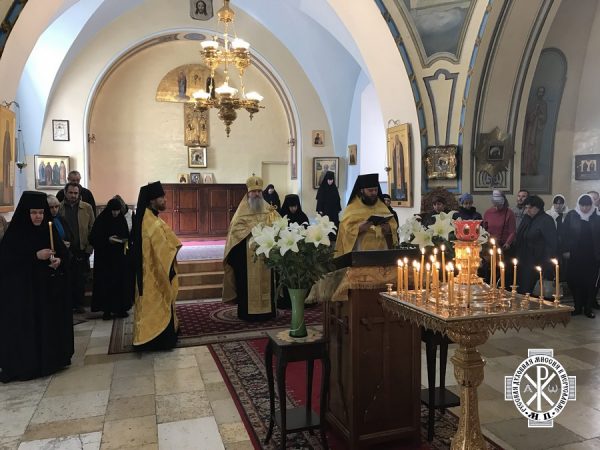 The close ties had existed between Russia and the Orthodox East long before the Mission was created. The first Russian pilgrims came to venerate the shrines of the Holy Land shortly after Rus’ had embraced Christianity.

On the 11th/23rd of February 1847, the Russian Ecclesiastical Mission in Jerusalem was established by the decision of Emperor Nicholas I. The Mission was to become a sign of “visible unity of the Churches of Jerusalem, Antioch and Russia,” to take care of pilgrims, to carry out missionary activities, and to help organize schools and seminaries.

These memorable dates will be celebrated throughout the year, the Press Service of the Russian Ecclesiastical Mission in Jerusalem reports.