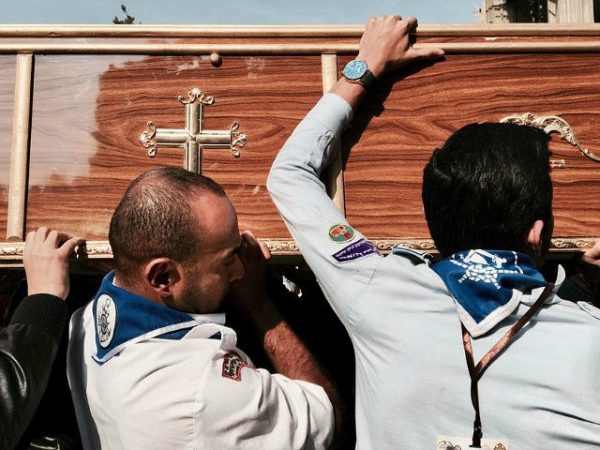 Wael Saad Tawadros, until a few days ago a monk of the Coptic Monastery of Saint Macarius, was identified by the Egyptian judicial bodies as the perpetrator of the murder of the abbot of the monastery, Coptic Bishop Epiphanius, who was found dead in the early hours of Sunday July 29.

On August 5th, the Coptic Patriarch Tawadros II expelled 34-year-old Wael Saad Tawadros from the monastery and stripped him of his monastic habit, which he had worn under his name in religion, Isaiah al Makary.

Accused of “grave violations of the monastic rule,” the former monk was asked to repent for the salvation of his soul, but initially the official spokesmen of the Coptic Church denied that the measures taken against Wael were connected with the death of Bishop Epiphanius.

The 64-year-old bishop had entered the Monastery of Saint Macarius, in the Wadi Natrun region, in 1984, and was ordained priest in 2002.

A researcher and scholar, Epiphanius had worked on the translation from Greek to Arabic of several books of the Bible. The monks of the Monastery of Saint Macarius elected him by majority as their abbot in 2013.

Egyptian police, along with 60 investigators, watched the images of surveillance cameras, inspected the monks’ cells, and interviewed the monks. According to reports, six monks were found to have been in constant conflict with the abbot and refused to obey him. Following a lengthy interrogation, the investigations led to the monk Isaiah al Makary (Wael), who was identified as a “rebel.”

Last February, Wael was reportedly ordered to leave the monastery for three years, but a number of monks appealed in his name for a second chance to amend his behavior.

It was discovered, however, that the monk often left the monastery against the orders of his abbot, a fact confirmed by camera footage. Even calls from his cell phone revealed “serious violations,” investigators said.

The day before the abbot’s murder, Wael reportedly attempted suicide by drinking a pesticide, but was rescued by his confreres.